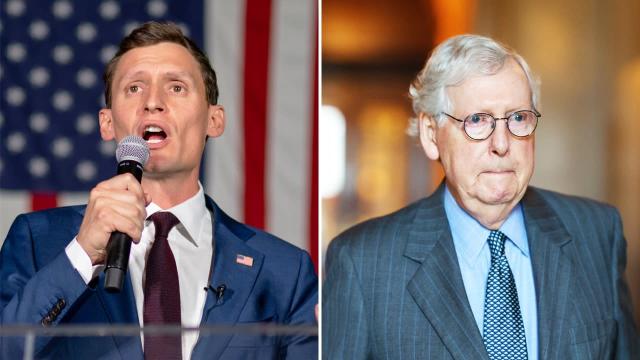 The political election cycle in the United States has gone from being a mad rush to win over voters shortly before each election, to a year-round, never-ending push for money and votes.

Billions of dollars are being spent on both sides of the aisle with each party trying to navigate their target voting groups through the treacherous waters of breaking news and political gaffes.

A handful of political leaders identify what races should get financial and other support from PACs, aka political action committees, which may raise unlimited sums of money from corporations, unions, and individuals but are not permitted to contribute to or coordinate directly with parties or candidates.

According to Politico, last week, a super PAC backed by Senate Minority Leader Mitch McConnell (R-KY) canceled about $8 million worth of ad buys in Arizona, where Blake Masters is in a tight race with Democrat Sen. Mark Kelly.

The incumbent lead Masters by about five points in August polling.

“McConnell told Peter Thiel, a pro-Trump billionaire investor, over the phone last week that Vance’s race in Ohio was proving more costly for the Senate Leadership Fund than anticipated, that money was not unlimited and that there was a need for the billionaire to ‘come in, in a big way, in Arizona,’” the Washington Post reported Wednesday.

Sen. Mitch McConnell (R-KY) has reportedly pulled a hard U-Turn, changing his mind on Republican chances of retaking control of the Senate in the midterms.

During a closed-door meeting on Monday at the chamber, McConnell said Republicans’ chances of retaking the Senate have improved. McConnell has previously claimed it was more likely Republicans would retake the House than the Senate.

With Arizona now back in play, McConnell is set to fundraise for Arizona’s Republican U.S. Senate candidate Blake Masters on Wednesday.

According to the latest Trafalgar Group poll, Masters has picked up support in the Granite State, only trailing the Democratic incumbent by 1.2%, with over 5% still undecided. 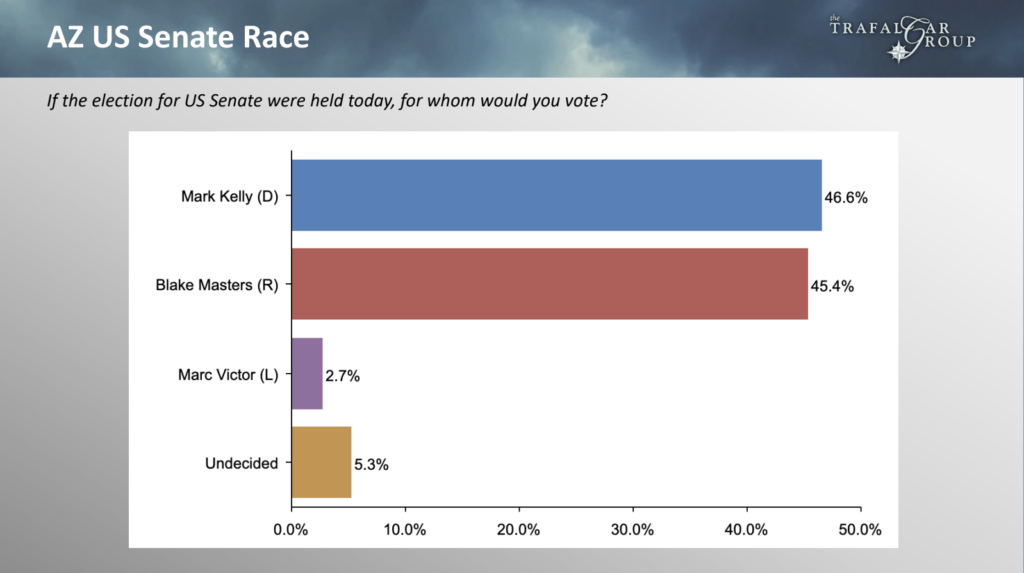 McConnell attended a similar fundraiser for Masters Tuesday evening, where the two Republicans had a “good meeting,” the source said. The planning represents a hatchet-burying for the GOP Senate leader and the ex-venture capitalist.

Teddy Schleifer with Puck News tweeted an invitation to a Blake Masters for U.S. Senate fundraiser with McConnell listed as a “Special Guest.”

The event is set for 5:00 p.m. Wednesday and Schleifer noted it will be hosted in Washington, DC

Mitch McConnell is fundraising for Blake Masters in Washington. Here's the invite. pic.twitter.com/oaoKjAQFAT

Similar to most sporting events, especially horse racing, it’s not how you run the race, it’s how you finish that counts.

The GOP candidates for the US Senate appear to finally have their messaging down, and are gaining ground right before election day.

If they are successful, the next (final) two years under the Biden administration will change astronomically.