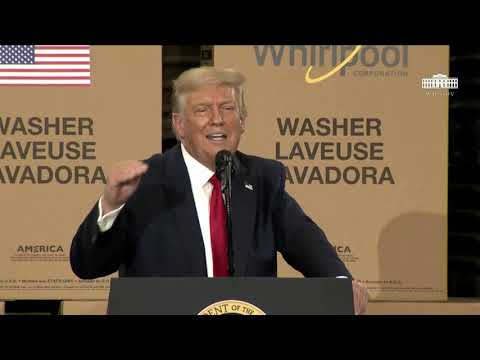 Needed as social media giants are taking down posts, even temporality the campaign’s Twitter page and FB is rejecting their ads, turning away millions of dollars in sales.

What makes President Trump unique, is by making decisions quickly, as needed, and using memorable messaging, he is able to connect with all voter groups. and once locked in, beats the message like an effective evangelical minister. 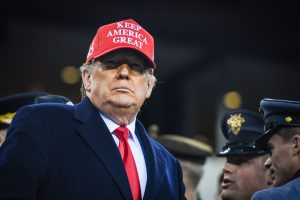 President Donald Trump has assembled a list of six initiatives he will pursue if re-elected on November 3.

Trump brought up the list during an appearance at the Whirlpool Corporation in Ohio, going over the promises he kept from his 2016 campaign as he laid out new promises for his second term.

The president made the speech just hours after he signed a “Buy American” executive order aimed toward onshoring America’s production chains. White House advisor Peter Navarro, who was at the signing, praised the plan and explained why it took so long to sign after announcing the plan in the spring.

The number one priority is to beat the CV-19 virus, saying his administration was using all its resources to develop therapies, a vaccine, and medical equipment to limit the spread of the virus.

Secondly said he would bring the economy back to the levels it was pre-CV-19 and stronger, touting that employment rates are already on the rise.

Third, he promised to use the gains in America’s medical manufacturing capacity to make the United States into the world’s top producer of medical products such as ventilators and pharmaceuticals.

Fourth, promised to rein in US supply chains in other industries too, making certain for national security reasons that American companies don’t have to rely on other nations.

In his fifth promise, Mr. Trump said he would make use of every tool at his disposal, including the use of tariffs, to help bring American manufacturing jobs back to the United States.

The sixth promise he to the American people, in this speech, was to always put American workers first. As another demonstration of his commitment to putting American businesses first, he announced new tariffs on Canadian aluminum.

“Good things take time, and this is a good thing for America,” he said. “I’ve been a part of roughly 15 executive orders. This is one of the most comprehensive and effective executive orders that I’ve seen. It’s going to get the mission done.”

A great list and with President Trump’s record of keeping his promises, when not blacked by congress or the courts, I am confident he will keep this targeted list of pro-American objectives too.