President Trump Calls For A Boycott Of Goodyear Tires After They Allegedly Announce Ban On MAGA Hats, What’s the Full Story?

In Capitalism businesses and corporations try to attract as many customers as possible hoping they buy and love their product or services, increasing their company’s goodwill, and bottom line.

With more activity online, these organizations are frequently having to navigate the “cancel culture waters”.

They want to remain neutral on political and social issues but when offended, Social Justice Warriors come knocking, figuratively, demanding the companies, when asked, take a stand against celebrities, etc, as punishment for not following the desired new mandated cultural norms. 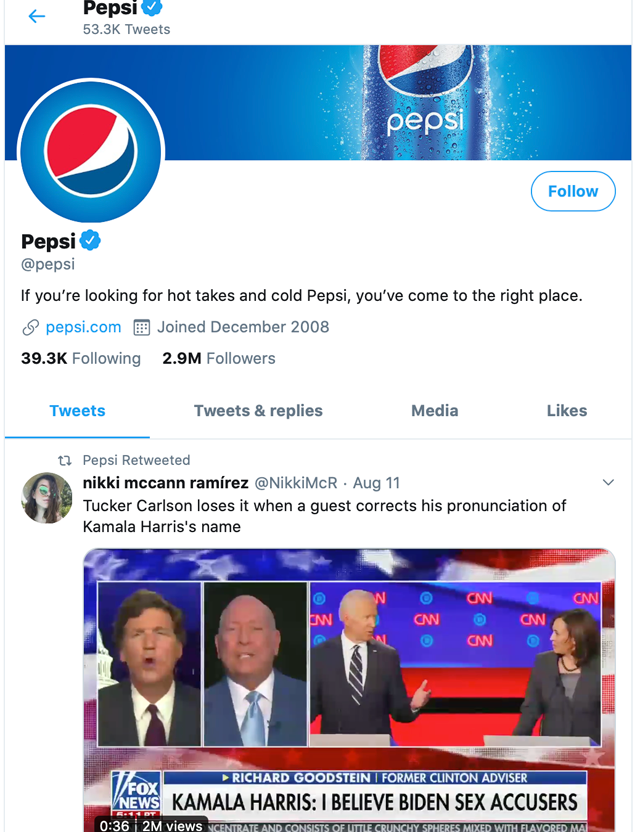 Pepsi subsequently released a press release that the tweet was not authorized by its management.

As with this embedded Marxist, many more are working in various companies’ marketing, training, and production groups, using their positions to advance their outside work social causes.

Unlike the open violators of business neutrality at Google etc., Goodyear was just caught off guard as an anti-police, anti-Trump presentation slide was leaked on social media, causing a firestorm.

A slide leaked from a Goodyear diversity training which brands “Blue Lives Matter,” “All Lives Matter” and “MAGA” attire “unacceptable,” while deeming Black Lives Matter and LGBT slogans to be “acceptable.”

The leaked slide is of their “zero tolerance” policy towards support for police or conservative values.

Conservatives were outraged and vowed to boycott Goodyear Tires.

President Trump rallied his supporters on Wednesday and told his tens of millions of followers: “DON’T BUY GOODYEAR TIRES”

Trump called for Goodyear Tires to be canceled “This is what the radical left Democrats do. Two can play the same game, and we have to start playing it now!”

Don’t buy GOODYEAR TIRES – They announced a BAN ON MAGA HATS. Get better tires for far less! (This is what the Radical Left Democrats do. Two can play the same game, and we have to start playing it now!).

Goodyear has since responded saying that the entire thing was a mistake.

Here is what they said Wednesday afternoon: 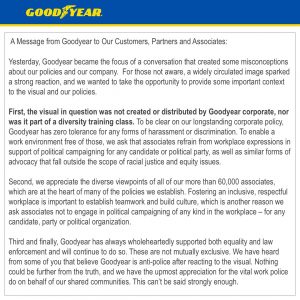