With the US economy bouncing back, way ahead of expectations, and the death numbers from COVID-19 climbing rapidly, the Democratic establishment has put a lot of their eggs in the US Postal Services’ ability to deliver tens of millions of election ballots over a one -two week period.

The financially crippled and highly inefficient mail delivery company, which has been mocked by many including President Obama for its poor performance, is now needed by the Biden strategists to help develop a plan, which can be used to pressure states to move to a universal vote by mail model for this election cycle. 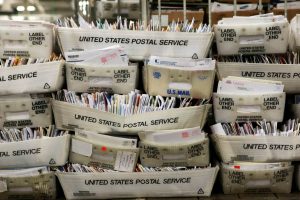 With this impossible task, just dropped on their laps, the USPS leadership has been put under a microscope for not providing the solutions for the left so badly needs.

Here are some of the headlines the liberal media has been using:

The Gateway Pundit is reporting that Postmaster General Louis DeJoy testified in a Senate hearing today, on the supposed USPS operational changes made during the Virus. 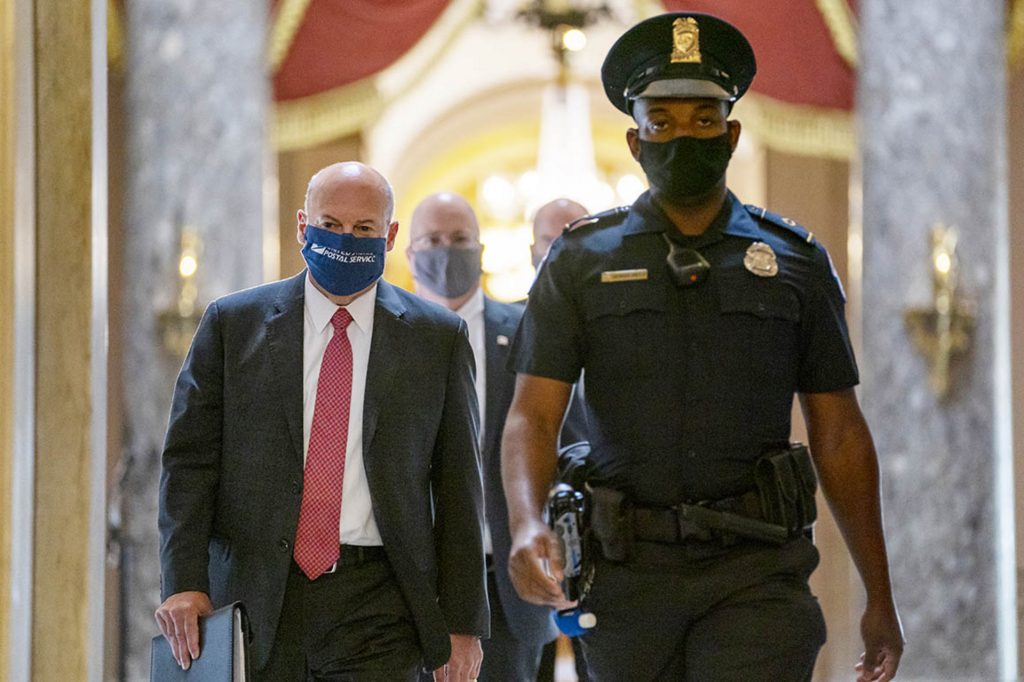 Postmaster General Louis DeJoy on Friday testified in a Senate hearing on the supposed USPS operational changes made during COVID.

The Democrat-media complex exploded a few weeks ago and accused President Trump of “destroying” the US Postal Service after the President’s newly appointed Postmaster General made structural changes.

New changes made by Louis DeJoy have reportedly ‘slowed down’ the mail deliveries, prompting the left to accuse President Trump of corrupting the US Postal Service in order to deter people from using mail-in ballots for the November election.

For the last few weeks the Democrats, with help from their stenographers in the media have spread wild conspiracy theories about the post office and Louis DeJoy.

Protesters last week showed up to DeJoy’s DC home and harassed him with a “noise demonstration.”

Mr. DeJoy came out swinging on Friday and set the record straight on the Democrat-media’s post office conspiracy theories.

“There has been no changes in any policies with regards to election mail for the 2020 election,” DeJoy said.

"There has been no changes in any policies with regards to election mail for the 2020 election." pic.twitter.com/yPLHaO9EXc

“This has been going on in every election year and every year for that matter.”

"This has been going on in every election year and every year for that matter.” pic.twitter.com/kQzg8rYSdv

Oh well, another miss for the “Left”.

Unless something changes, the election will be decided in the voting booths, and I predict that massive voter fraud of  2-4 percent, will take place for the mail-in ballots that are sent in.