It appears Speaker Nancy Pelosi is already thinking about her future plans.

Even though Pelosi vows Democrats will beat the odds and keep control of the House in the midterms, the consensus on Capitol Hill is, that they will not.

According to a new report by  Fox Business Network’s Maria Bartiromo, Nancy doesn’t really believe she will still be the Speaker in January and wants to be the U.S. Ambassador to Italy.

Presidents’ ambassador posts in desirable locations, such as Itlay, are typically given to the people who have helped propel them to the White House, such as political operatives and donors.

Following Pelosi’s shift to the far left in trying to help, prevent and impeach former President Trump for the Obiden (Obama-Biden) regime, she in their twisted world has probably “earned” the position.

The ambassador’s residence, Villa Taverna in Rome, features a pool, and private gardens, and in what would make Nancy and her husband Paul so happy, it also includes a three-story wine cellar. 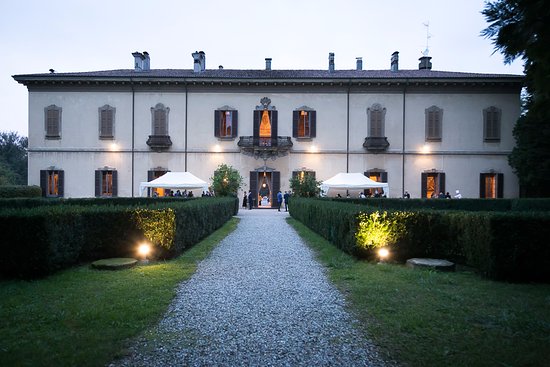 In preparation, Pelosi vacationed in Italy with her extended family in July.

Pelosi brought her extended family to a lavish Italian holiday in Forte dei Marmi in July, and Roman observers are split over whether that’s proof of her warming them up for Villa Taverna, or just an indication that America’s most powerful Italian-American can get her dose of la dolce vita through short trips instead.

Whatever the reason for the empty chair, “not having an American ambo in Rome in times of Italian turmoil is simply absurd and self-defeating for Washington,” one highly placed Italian source complained to Global Insider.

“I’ve seen good ones from both Democrat and Republican ranks and how they operate, influence, pass messages, pull strings. There’s an audience for them. But they need to be on location.”

In some good news for Pelosi, Biden is reportedly holding the spot for the speaker, sources say, which is one reason he has yet to fill the position since taking office.

Speculation earlier this year that a Pelosi ally and former Wall Street executive wanted the job has shifted with the increasing likelihood that the GOP takes the majority.

What is unclear is who will control the U.S. Senate starting in January.

If the GOP Pelosi would have to pray that they would overlook her dogmatic, impeachment-happy, and radical years as Speaker.  According to the report, there was a mixed reaction to her in the role from various sources this week.

So far, 101 Biden ambassador nominees have been confirmed by the Senate, but Biden has been slow to name ambassadors to several countries, including Italy.

About a quarter (27%) of the 194 ambassador positions are currently without a Senate-confirmed official.

Last year, rumors were rife in the nation’s capital that Biden would nominate Pelosi to the post of ambassador to the Vatican.