The first 10 months of the Biden Presidency have exposed the activity and Marxist expectations of an angry minority of fascists working in our political and educational systems.

These leftists’ public comments and actions fall directly in line with the principles taught by former city organizer, Saul Alinsky.

A mentor of Hillary Clinton and hero of Barak Obama, Alinsky promoted the idea that whatever needs to be done to advance the deconstruction of the Capitalist system, even if the action is hypocritical in nature, is “ethical”.

During President Trump’s years, the left demanded that BLM and ANTIFA should be allowed to “protest” without any governmental interference. 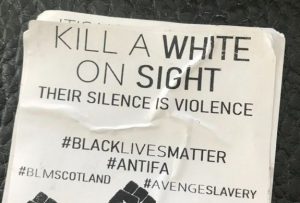 Now this same group is demanding that concerned parents must be prevented from protesting the actions of their local public school boards.

This time though, they are getting backlash from reasonable Americans.

Outraged parents concerned for their children’s welfare have been using their constitutionally protected rights to speak out against liberal school boards’ covid mandates and the racist, anti-American critical race theory being taught to their children.

In response, the hypocritical snowflake National School Boards Association sent a letter to President Biden to have these parents silenced.

In it, the NSBA is asking for federal law enforcement agencies to identify these parents and investigate them for “domestic terrorism and hate crime threats.” They absurdly claim the situation is in effect domestic terrorism and that Joe should use the Patriot Act, among other “enforceable actions” against them.

In response to their letter to Biden, The Parents Defending Education Organization that has 427,000 members from several parents organizations, responded and released a bold joint letter to the NSBA.

Here’s an excerpt from the letter:

Citizens are angry that school boards and school officials around the country are restricting access to public meetings, limiting public comment, and in some cases conducting business via text messages in violation of state open meetings laws. They are angry that schools are charging them thousands of dollars in public records requests to view curriculum and training materials that impact their children and that should be open to the public by default. They are angry that pandemic-related learning losses have compounded the already-low reading, writing, and math proficiency rates in America’s schools. They are angry that rather than focusing on declining student achievement, large numbers of districts have chosen to fund, often with hundreds of thousands of dollars in taxpayer money, “social justice” and “diversity, equity, and inclusion” programs with finite resources.

Your members refuse to listen to these concerns – and your association has chosen to smear their constituents rather than engage with them in good faith. It is appalling that you would choose to threaten your fellow Americans for having the courage to hold you accountable for your failures.

We will not be bullied. We will not have our speech chilled. We have a constitutional right to petition our elected officials, and we will continue to do so.

We ask that your organization – and your members – engage respectfully and constructively with the country’s parents, grandparents, and concerned citizens so that we might work together to address and improve the quality of America’s public education system for all children.

Asra Nomani, vice president of investigations and strategy at Parents Defending Education,  posted a video that accused Biden’s DOJ of criminalizing parenting, and they owe the people of America a swift apology.

You are criminalizing parenting, and you owe the people of America a swift apology.

Asra Nomani went on and accused Merrick Garland of conflict of interest.

Merrick Garland has declared a war on parents. His daughter is married to the cofounder of @PanoramaEd which is under fire for its multimillion contracts with school boards. At @DefendingEd, parents sent us tips. We raised the alarm. Now Garland is trying to silence parents. pic.twitter.com/BKtlyQFPM6

Well the NSBA has been heard, activating the tyrannical leadership of the DOJ into action.

Attorney General Merrick Garland has directed the FBI and U.S. attorneys’ offices to meet in the next 30 days with federal, state, and local law enforcement leaders to outline strategies for addressing the incidents, which have become more frequent and more volatile in recent months.

Keep up the good fight parents, your children and our nation’s liberties depend upon it.

GOP Blowout Coming In 2022? New Poll Has Democrats Really Nervous
More Children In Chicago Have Been Shot Than Died This Year From COVID Nationwide