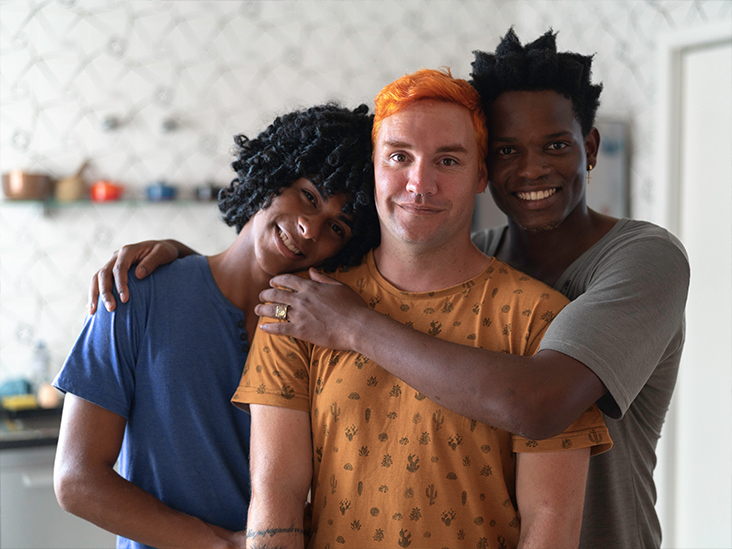 The United States for a short period of time was a beacon of hope, a nation of people connected by their Christian faith and love of their nation.

But as with other countries in world history, the US has moved away from their faith in God, and especially in the youth, a loss of nationalism.

As we see in the Bible, once a worldview is built on man’s opinions (man’s word) and not God’s Word, then, ultimately, anything goes!

The best way to sum it up is from this verse of Scripture: “In those days there was no king in Israel; everyone did what was right in his own eyes.” (Judges 21:25)

As part of the progressive’s attack on the Christian nuclear family (Father, Mother, Children), they have sued to expand the definition of what a marriage is, and have been winning.

First, it was “gay marriage”. In 2015, Justice Antonin Scalia told his Supreme Court colleagues that their legal reasoning in the court’s 5-4 ruling that states must license same-sex marriage and recognize similar unions from other states didn’t rise above the level of wisdom delivered to dinners at the end of a Chinese meal.

“The Supreme Court of the United States has descended from the disciplined legal reasoning of John Marshall and Joseph Story to the mystical aphorisms of the fortune cookie,” he wrote in his dissent to the court’s decision which effectively ended a long legal battle over marriage rights.

Then the decriminalizing polygamy. In 2020, the Utah Legislature passed a law to decriminalize polygamy, reducing bigamy among consenting adults from a third-degree felony, punishable by prison time, to an infraction on par with a speeding ticket.

The change in approach was significant, given Utah’s long history with polygamy. Plural marriage has been woven into the fabric of Utah. Mormon pioneers settled here after being driven out of other states in part because of their beliefs in plural marriage. In order to get statehood, Utah had to prohibit polygamy. It’s in the state constitution. Polygamists were imprisoned.

A recent decision in New York City’s eviction court has come down squarely in favor of recognizing legal rights for polyamorous relationships. Polyamorous is the practice of engaging in multiple romantic (and typically sexual) relationships, with the consent of all the people involved.

Trial court Judge Karen May Bacdayan concluded in the case of West 49th St., LLC v. O’Neill that polyamorous relationships are entitled to the same sort of legal protections extended to two-person relationships.

The case involves three men and a dispute with an apartment building company. Scott Anderson and Markyus O’Neill lived together in a New York City Apartment.

Bacdayan held that there needs to be a hearing to determine whether Anderson had a polyamorous relationship with the other men.

The judge referred to a previous landmark decision by the New York State Court of Appeals, Braschi v. Stahl Assocs. Co., which in 1989 recognized that two-person, same-sex relationships were entitled to legal recognition.

“Braschi is widely regarded as a catalyst for the legal challenges and changes that ensued,” Bacdayan wrote in her opinion. “By the end of 2014, gay marriage was legal in 35 states through either legislation or state court action. Obergefell v Hodges (2015), the seminal Supreme Court decision that established same-sex marriage as a constitutional right, was also heralded as groundbreaking.”

He’s Back! Elon Musk Agrees Complete Twitter Acquisition
UN Declares “We Own the Science”. Working With Google To Suppress Other Views