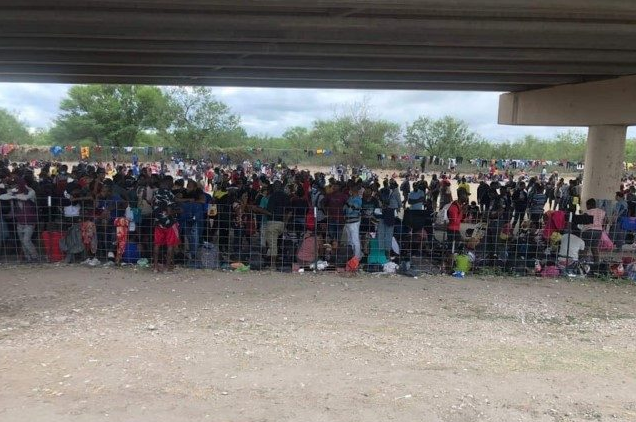 Our nation just went through the remembrance of the terrorist attacks on September 11th, 2001. We revisited stories about how the terrorists entered our nation, went to school to learn to fly aircraft, and then on that dreadful day highjacked flights killing almost 3,000 Americans.

Yet with all the frustration and questions on how can we stop this from happening again, our nation’s immigration system and lack of border security 20 years later still have massive holes in them.

Since Joe Biden was sworn in as the 46th President Of The United States, our southern border has, in effect, been opened up allowing an estimated 2+ million illegals aliens from over 100 countries to relocated throughout our nation.

The Border Patrol is struggling with what may become the worst migrant humanitarian crisis in the agency’s history.

The number of migrants crossing the United States border from Mexico continued to surge this summer, with new data from the Department of Homeland Security showing more than 200,000 encounters between immigrants and Federal Agents.

On Thursday several publications reported that more than 6,000, mostly Haitian, migrants are waiting under the Texas Port of Entry bridge near DEL RIO, Texas. More groups are showing up at a pace of 800-1,200 per eight-hour shift.

According to a law enforcement source within CBP, they are struggling to deal with what may soon become the worst migrant humanitarian crisis in the agency’s history.

The groups consist of single adults and families with small children. The Border Patrol is overwhelmed in the area as community resources cannot deal with the sudden major influx of mostly Haitian migrants. A source says the system has “collapsed” at this point. The source says they do not have sufficient security to prevent crimes amongst migrants.

DOOCY: Vaccines are required for "people at a business with more than 100 people. It is not a requirement for migrants at the border. Why?"@PressSec: "That's correct"

*moves to the next question* pic.twitter.com/GK7YQraDS5

To summarize millions of people from around the world have entered our borders with more coming as the Biden administration has announced to the world that our door is open and we will take them, especially if they have at least one child with them.

Some of them might be terrorists who could inflict massive damage inside our nation again.

This might bankrupt smaller cities, school districts, and absorb the donations previously set aside for American citizens.

One thing is for sure, modern-day America will not exist if this continiues