The founders and framers of the United States of America spent a considerable amount of time developing the new nation’s Constitutional Republic framework.

They installed negative liberties trying to limit the power and influence of the federal government. The need for the balance of power between the 3 equal branches of government was crucial for the system to function equitably for all.

In spite of their efforts, the Executive and Judicial branches have drifted to the far left dramatically changing American values and Civics.

One glaring example is the US Senate confirmed a radical ACLU attorney to take a seat on the Supreme Court.

Justice Ruth Bader Ginsburg’s openly radical views were her litmus tests on cases she ruled on with the eight other justices. Abortion was reported to be the main reason she would stay on the court, even as she battled health issues including cancer.

Many argued that Ginsburg, who passed away in September of 2020, should have retired while former President Barack Obama was in office and had a majority in the Senate. That would have ensured that Obama would choose her replacement rather than former President Donald Trump, who replaced Ginsburg just before the 2020 presidential election with Justice Amy Coney Barrett.

Leftists have turned on the feminist hero “RBG”, a women’s rights crusader, the late Justice Ruth Bader Ginsburg, after the Supreme Court, in a 5-4 vote, refused to block the implementation of Texas’ “heartbeat bill” on September 1st, effectively banning most abortions after fetal cardiac activity can be detected. 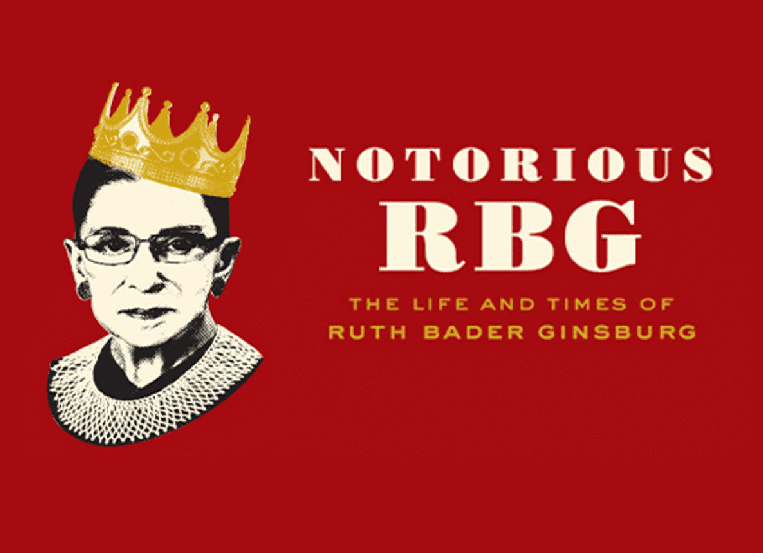 “The Supreme Court was careful not to weigh in on the constitutionality of the Texas law, deciding its ruling on procedural grounds. The Texas law contains a unique enforcement mechanism that authorizes private citizens to sue abortion providers and those who ‘aid and abet’ illegal abortions,” the Daily Wire noted Thursday.

“The court dismissed the request, which names every state court judge and clerk as defendants, based on procedural grounds,” the outlet continued.

“It is unclear whether the named defendants in this lawsuit can or will seek to enforce the Texas law against the applicants in a manner that might permit our intervention,” the majority justices said in their ruling. “The State has represented that neither it nor its executive employees possess the authority to enforce the Texas law either directly or indirectly. Nor is it clear whether, under existing precedent, this Court can issue an injunction against state judges asked to decide a lawsuit under Texas’s law.”

Key to the ruling was Justice Amy Coney Barrett, who sits in the seat Ginsburg vacated when she died.

At the time, leftists were quick to blame Ginsburg for the addition, which shifted the court to the right, because Ginsburg was given the opportunity to retire under a Democrat — then-President Barack Obama — and chose to remain on the court. After several difficult battles with cancer, Ginsburg died in September of 2020, and then-President Donald Trump quickly replaced her with Barrett. 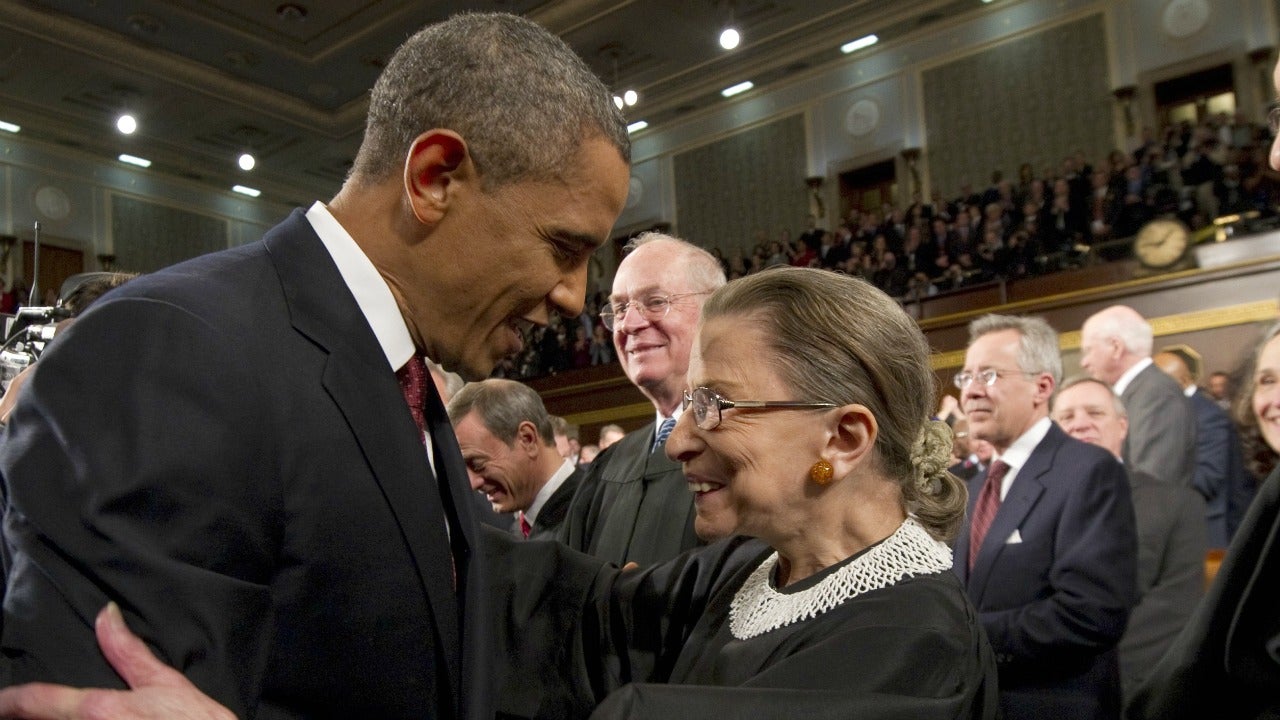 “In retrospect, maybe Ruth Bader Ginsburg should have stepped down from the Court in 2014,” one leftist commentator sneered.

“Ruth Bader Ginsburg really, really should have stepped down,” another added. “When you are a leader of people, with their lives in your hands… you have to do what’s best for them, always. She didn’t.”

The domestic terrorist group BLM, re-tweeted the following hateful jab by a self-described “feminist” who later deleted her tweet. 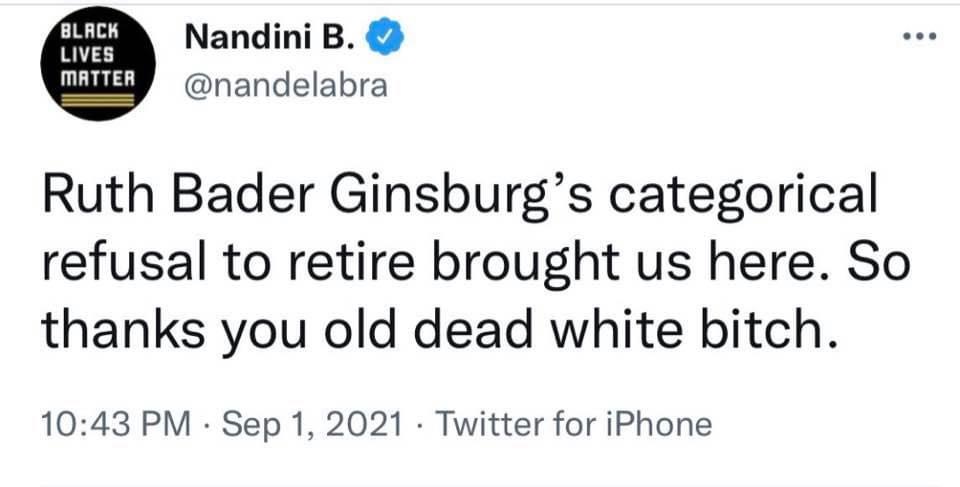 Others shared the impact of Ginsberg not retiring.

Folks blaming Bernie for what happened in Texas are ridiculous. Did y’all not remember the time when we there was a democrat in office and had the chance the tell Ruth Vader Ginsburg to retire but didn’t? Stop it. The establishment needs to take responsibility for their mess.

In fairness, I got this idea from my amigo @markyzaguirre. He's harsher than her since I think some of her gains as an attorney won't be erased. But Ginsburg not retiring in 2013 was one of the most consequential decisions by a justice.

Now leftists are now pushing Justice Stephen Breyer to resign and allow President Joe Biden to appoint his own replacement in case the GOP takes back the Congress in 22 and Presidency in 24. Breyer has resisted so far and did not step down after the Supreme Court’s last term.

Check out my daily podcast