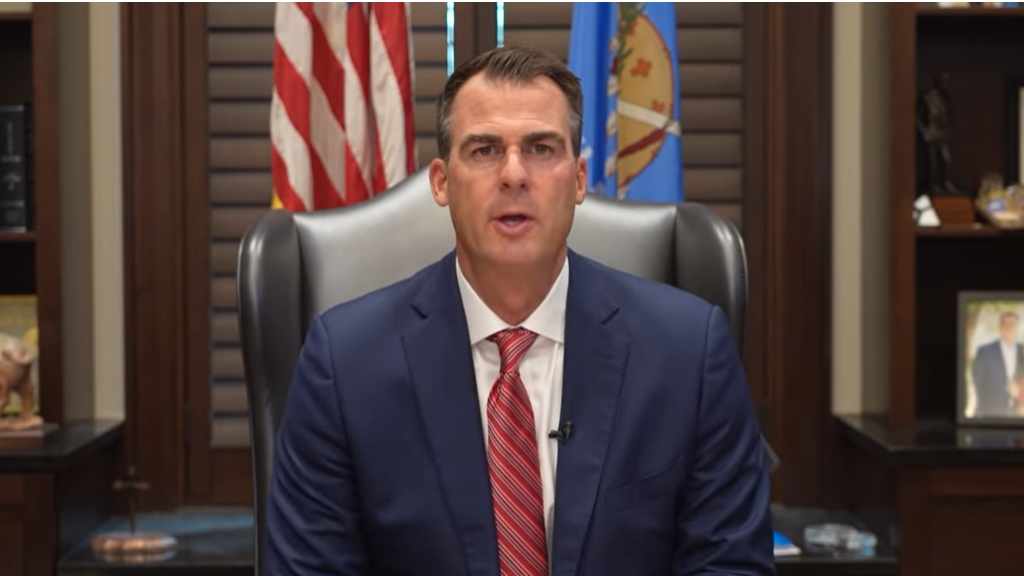 In the divided states of America, a handful of conservative governors have stepped up to challenge the massive overreach of the Biden administration.

Republican Governors Ron DeSantis (FL), Greg Abbott (TX), and Kristi Noem (SD) have been the most visible and thus have the largest bullseye on their backs.

All three plus other conservatives have drawn the preverbal red line in the sand when it comes to the proposed federal vaccine mandate, using OSHA, as the vehicle to cross state lines.

President Joe Biden last month directed the Occupational Safety and Health Administration, a tiny agency that polices workplace safety for Labor, to write rules requiring private companies with 100 or more employees to vaccinate their staff against Covid-19 or test those who aren’t at least once a week.

More than 130,000 businesses across the U.S. are bracing for the new rules, which will apply to roughly two-thirds of the private sector workforce. OSHA told CNBC it delivered its proposal to the Office of Management and Budget on Tuesday night.

Oklahoma Gov. Kevin Stitt just announced that they will also take the Biden admin to court over their plan to impose a vaccine mandate on businesses with more than 100 employees. In a video message posted last Thursday, Gov. Stitt said that “this action is not just federal overreach; it’s unconstitutional,” and “getting the vaccine is a personal choice.”

“Getting the vaccine is a personal choice. Period,” Stitt said in the video.

“Static, one-size-fits-all mandates simply do not fit the reality we are in today. In Oklahoma, cases and hospitalizations are down nearly 50%. As this virus evolves, so does the science and the treatments available, including natural immunity.”

Stitt added, “President Biden’s administration has no respect for individual freedoms. I cannot believe we have a president who wants to force Americans to choose between a vaccine and their job. The people this is affecting aren’t just statistics. They’re real Oklahomans with real concerns. They’re brave nurses and caretakers. They’re expecting mothers and fathers. They’re first responders and brave law enforcement.”

“In the event, federal emergency rules are issued that place such an unlawful demand upon employers, our office will be joined by other state attorneys general across the country to quickly sue and seek an injunction against any implementation or enforcement” of a mandate, O’Connor said in a statement.

Some professionals don’t expect the states to win this battle.

“I don’t think Oklahoma has legal standing to challenge the federal vaccine mandate because the mandate targets individuals, not the state of Oklahoma, and so those individuals would have to raise their own challenges,” he said. “But Supreme Court case law going back more than a century basically has upheld the power of the government to mandate vaccines for public health.”

It looks like this case will come down to the Supreme Court.

Even though I hate to say this, I think Professor Joseph Thai will be right in the end.

Please check out my website for podcasts and video downloads.