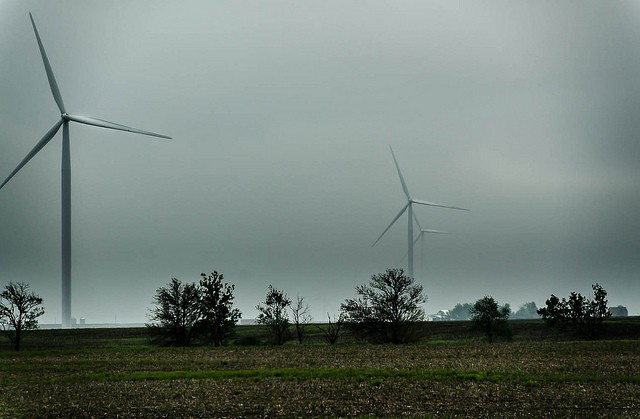 Oh No, No Wind, No Energy CA! California Gov. Gavin Newsom: Time to ‘Sober Up’ About Green Energy’s Flaws

The bad Green Deal for Californians, especially those living in the Santa Cruz and Central regions of the state.

Our friends live near Santa Cruz, a normally much cooler area than over the hill in San Jose. With their typical low energy usage, PGE has been cancelling contracts with coal and gas-electric energy plants, trying to live only on re-renewable energy, mainly solar, hydro and wind sources.

During my wife’s phone conversation last Friday, their electricity was turned off, because there was not enough wind blowing to offset the loss of solar power as the sun set. I am serious, with less backup power from traditional energy sources and hotter than normal temperatures, causing an electricity spike, the power company could not provide enough green power for all their customer’s needs.

So Governor Newsome had to eat crow, and admit that the Golden State will still need coal and natural gas in the energy mix.

California Gov. Gavin Newsom said today that the state had to “sober up” about the fact that renewable energy sources had failed to provide enough power for the state at peak demand, and needed “backup” and “insurance” from other sources.

Newsom addressed journalists and the public in the midst of ongoing electricity blackouts that began on Friday, as hundreds of thousands of Pacific Gas & Electric (PG&E) customers in northern and central California lost power.

One reason the state lacked power, officials admitted, was its over-reliance on “renewables” — i.e. wind and solar power.

There was not enough wind to keep turbines going, Newsom said, and cloud cover and nightfall restricted solar power.

“While we’ve had some peak gust winds,” he explained, “wind gust events across the state have been relatively mild.”

That was good for fighting fires, he said, but bad for the “renewable portfolio” in the state’s energy infrastructure. In addition, high demand for electricity in the evening hours, coupled with less input from solar plants, created strain.

“This next few days, we are anticipating being challenged,” Newsom said, as the heat wave was predicted to last through Wednesday.

“We failed to predict and plan these shortages,” Newsom admitted boldly, “and that’s simply unacceptable.” He said he took responsibility for the crisis, and for addressing it immediately, so that “we never come back into this position again.”

Newsom said the state would try to address shortfalls through conservation, and through procuring new sources of energy.

Though the state would continue its “transition” to 100% renewable energy, Newsom said, “we cannot sacrifice reliability as we move forward in this transition.”

He promised “forecasting that is more sober” regarding solar energy, and a stronger focus on energy storage.

California has been rushing to replace fossil fuel energy sources with “renewables,” primarily wind and solar power, in pursuit of its own version of the “Green New Deal.”

In 2018, then-Gov. Jerry Brown (D) signed a law requiring the state to obtain 100% of its energy needs from renewables by 2045, though no one could explain how the state would do that.

In 2019, Rep. Alexandria Ocasio-Cortez (D-NY) introduced the Green New Deal, which aimed to achieve the same goal by 2030.

And in 2020, former Vice President Joe Biden, the presumptive Democratic Party nominee for president, adopted a version of the Green New Deal that commits the U.S. to reach 100% renewables in electricity generation by 2035.

Well, this scenario doesn’t happen often, and as someone who sold A LOT of residential solar systems, this situation was caused by the poor judgment of former Governor Brown and Governor Newsome.

During their manic highs, they both pushed for lowering automobile emissions, cow methane gas reductions, and moving the state to all renewable energy.

While in their highs, they started the construction, of a multi-Billion dollar high-speed rail.

The problem is when Newsome, who inherited the project, near my home in Fresno, looked at the data and saw the train was extremely mismanaged he stopped and ask the tough questions.

They told him the land they needed was not purchased, and engineering has not even begun to figure out how to finish the lines from over the Grapevine, mountain pass, into LA and across expensive and hilly land into San Jose, etc.

With the train way over budget and completion forecast moved out 15 plus years, the project was stopped.

Joe Biden is promising he will help fund the completion of the train if elected President.

I don’t want to have a man with cognitive decline in the Oval Office.

The few miles of rail that have been laid should be preserved as an artifact of what happens when tree-hugging activists, dream big and come up way short.