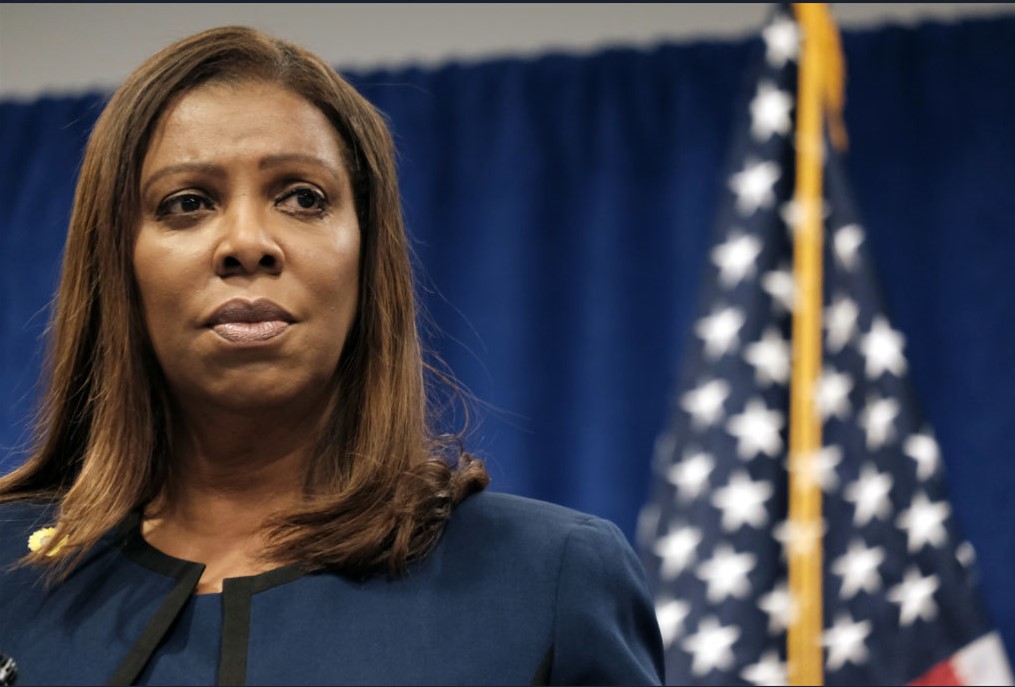 Another day, another witch hunt against former President Donald J. Trump has been announced.

The new charges were brought by an openly hostile and biased woman who promised to target Trump, his family, and businesses during her campaign to be the Empire State’s, Attorney General.

Oh, by the way, George Soros was a large financial backer of the candidate, Letitia James.

In a campaign video posted on Twitter, James called Trump an “illegitimate president,” and said she looked forward to “suing him and going home.”

She has also called him an “existential threat” and “crazy.”

And added, “This president is an existential threat to all of us in this room…the number one issue in this country is defeating Donald Trump. Nothing else matters.”

"I look forward to going into the office of Attorney General every day…suing him…and then going home." -Letitia James

Letitia James has WEAPONIZED her office for political gain. pic.twitter.com/LsXJeKUMF4

On Wednesday, now New York Attorney General Letitia James (D), fulfilled her campaign promises by filing a lawsuit against former President Donald Trump and his three grown children, accusing them of massively overstating the values of his assets in statements to banks, insurance companies, and the IRS to obtain more favorable loans and insurance terms for his company, as well as to lower its tax obligations.

“Trump falsely inflated his net worth by billions of dollars,” James said at a news conference, where she announced she will seek to bar Trump and his company from acquiring any New York real estate for five years and bar them from applying for loans from banks charted in the state for the same period of time.

James’s lawsuit is a civil case, not a criminal case.

It appears to be a political stunt hoping to bar Trump, Donald Trump Jr., Ivanka Trump, and Eric Trump from serving as executives at any company in New York, and/or bar the Trump Organization from buying any commercial real estate or obtaining loans from financial institutions in New York for five years.

The lawsuit is the result of a multiple-year investigation by James and comes less than 50 days before the mid-term elections.

According to the radical anti-Trump Washington Post, James is suing for more than $250 million and has referred possible violations of federal law to the Justice Department and the IRS.

The suit also names, in addition to Trump and his children, the Trump Organization and business executives Allen Weisselberg and controller Jeffrey McConney.

Trump’s attorney, Alina Habba, said the lawsuit is not focused on the facts or the law.

“We are confident that our judicial system will not stand for this unchecked abuse of authority, and we look forward to defending our client against each and every one of the Attorney General’s meritless claims,” she said.

Eric Trump tweeted a compilation of her remarks, adding: “Not a political “witch hunt?!” What a joke…

Not a political “witch hunt?!” What a joke… pic.twitter.com/dzuGaW9vNy