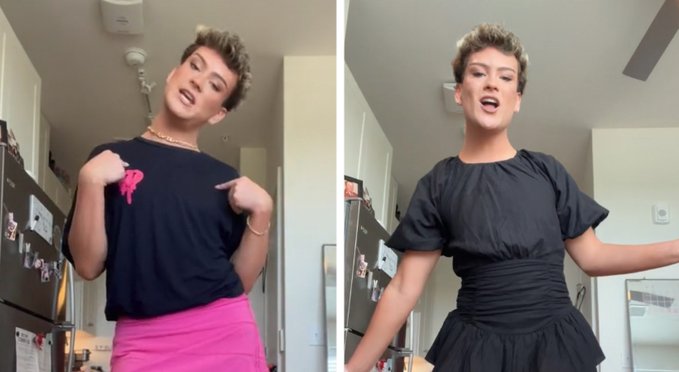 There are still a handful of deep red states where citizens fear God more than man.

Alabama is one of them and they have taken multiple actions to fight against the “woke” movement’s agenda of targeting children.

In one example, their legislature voted to ban gender-affirming medical care for transgender youth.

This worldview has been passed down to the next generations of Alabama youth. This was again confirmed in a recent vote among young women in Sororities at Alabama University. They made a logical and biologically based decision by rejecting a man trying to join any women’s sorority that would take him.

University of Alabama student Grant Sikes stated he attempted to join the sororities but was unanimously rejected. According to Outkick, Sikes posted his quest on TikTok, accruing several million views, but the sororities dismissed the idea of a man joining their groups.

As a father with daughters, I would do anything in my power to keep them away from MEN like this’.

“Unfortunately, this chapter is closed,” Sikes complained on Instagram. “This recruitment journey is over for me. Being dropped from my last house this morning during primary recruitment at the University of Alabama doesn’t come as a surprise considering out of the almost 20 chapters – I was dropped by every single one except 2 before day 1.”

“I’m hopeful of a future where everyone is welcomed for just being themselves – everywhere,” he said. “If you are going through a hard time today, remember that life is too short to ponder on the things lost. Choose happiness & always look for the positive things throughout life. Move on. See the good. See the bad. Hope for the best. Brave the worst.”

“Roll Tide. Good for them for standing up to this absurdity. Good for the women at the University of Alabama for the people who are advising them; for them being willing to stand up, to be called ‘transphobic’ or whatever you want to say. I can’t believe I have to say this: Men should not be able to be members of Alabama sororities.”

"Men should not be able to be members of #Alabama sororities." –@ClayTravis #bamarush #sorority https://t.co/uo3jjOCKtn

The actions of the Alabam students need to become to norm restoring some sanity back in the centers of higher education.