Not Fair, Right? Google Will Shift 10% of Voters to Make Trump a ‘Blip in History’

Free technology, the new town square, unlimited information, any time, has to lead to the creation of Silicon Valley monster corporations.

I can remember my first free Gmail account and joined the masses in moving from connecting with others at local diners, sporting events, and after church gatherings to the ever-increasing digital town square on various social media platforms. 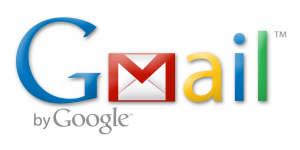 Today, instead of getting information about politics, friends, and even some family members through face to face conversations or snail mail, the information and conversations are taking place for on Facebook, Twitter, or Instagram, etc. We are talking about Billions of people from almost every nation of Earth.

This all sounds great until you realize the information we can see on these platforms, is actually censored and only what they deem to be appropriate, will be delivered in front of our eyes.

When it comes to politics, the proof is in. These social media giants, globalist, anti-Trump management teams, have their millions of employees working, in effect, to help progressives (democrats) win all future elections.

Dr. Robert Epstein: Google Will Shift 10% of Voters to Make Trump a ‘Blip in History’

Dr. Robert Epstein, the senior research psychologist at the American Institute for Behavioral Research and Technology, joined Breitbart News’ Editor-in-Chief Alex Marlow on Breitbart News Daily to discuss how Google hopes to shift 10 percent of the voting public away from Trump to fulfill a company executive’s stated goal of making populism nothing more than a “blip in history.”

Discussing Google’s efforts to suppress conservative content, Marlow states: “None of this is gonna come as a surprise to this audience but I don’t think a lot of people by and large understand exactly how much they can manipulate you, Google can, with just a slight tweak to search results or search suggestions or their algorithm.

Dr. Epstein replied: “I doubt that it’s a coincidence because it’s so easy for them to suppress content of any sort. I published a big article on this in 2016 called The New Censorship, I focused on nine of Google’s blacklists, this is without ever seeing one and without the company admitting they had such things. But last year, Zach Vorhies left the company, quit the company and took with him 950 pages of documents and a video and two of those documents were Googles blacklists.”

“People don’t understand how big this threat is, you mentioned that leak, that video that you exposed which was quite astonishing. One of the things that was said there by one of their top executives is ‘we’re going to use every means at our disposal, all of Google’s power to make sure Trump isn’t re-elected’ so if they’re using every single means at their disposal, then they’re using all of the techniques that I’ve discovered and probably more that I haven’t discovered yet. That’s enough to shift roughly ten percent of the voting population of the United States with no one knowing they’re being manipulated and no paper trail for authorities to trace.”

Dr. Epstein has been at the forefront of tracking Google’s election manipulation. At the Breitbart News Masters of the Universe Town Hall in 2018, Epstein warned that most Americans have “no idea of the extent of the surveillance” that Google and other tech companies perform on our daily lives.

Will big tech, move enough voters, using information manipulation, or will human beings still vote, finding all the information they deemed necessary to be an educated voter?

November 3rd will be an indicator of how much influence Silicon Valley has on our political elections, which will be hard to swallow, for at least half our nation.

How do we get here? We ate the Apple and are using their free platforms, and will find out at what price, very soon.