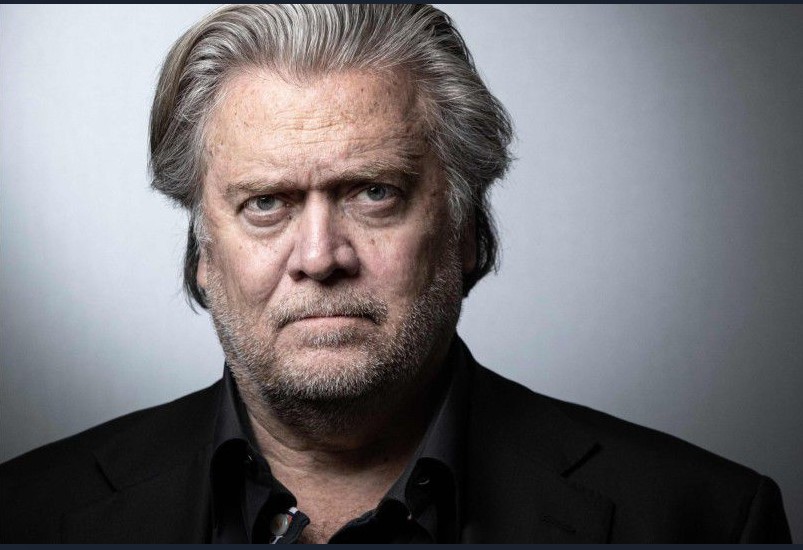 Joe Biden’s corrupt Department of Justice and establishment media have spent the past year calling for former Trump advisors to go to jail for refusing congressional subpoenas to testify and provide documents to January 6th House Select Committee.

They have insisted they needed to hear from those closest to former President Trump as part of their investigation of the “attack” on the U.S. Capitol in 2021.

Stephen Bannon has been at the top of their list. Bannon served as the White House’s chief strategist in the administration of U.S. President Donald Trump during the first seven months of Trump’s term.

On Friday, the radicals got their way as a federal judge sentenced Bannon to four months in jail and pay $6,500 in fines for contempt of Congress.

Prosecutors asked the judge to sentence Bannon to 6 months in jail with a $200,000 fine.

The judge said that if Bannon files a timely appeal, he would stay the prison sentence until the appeals process plays out.

Committee lawmakers particularly wanted to know why he said, a day before the siege, that “all hell is going to break loose tomorrow.”

“The committee sought documents and testimony from the Defendant relevant to a matter of national importance: the circumstances that led to a violent attack on the Capitol and disruption of the peaceful transfer of power,” Department of Justice prosecutors argued in a filing on Oct. 17.

“In response, the Defendant flouted the Committee’s authority and ignored the subpoena’s demands,” the filing added.

In July, a jury convicted Bannon on a pair of contempt of Congress charges after he refused to comply with the subpoena to sit for questioning. He did not testify or call any witnesses in his defense during his trial, and the jury found him guilty after just three hours of deliberations.

Bannon has argued that he did not break the law because he was covered by Trump’s assertion of executive privilege and that he was listening to his lawyers when he declined to provide testimony or documents to the committee.

“Should a person who has spent a lifetime listening to experts – as a naval officer, investment banker, corporate executive, and Presidential advisor — be jailed for relying on the advice of his lawyers?” Bannon lawyers Evan Corcoran and David Schoen wrote in an earlier court filing, per NPR.

The former chief strategist is one of four Trump confidants to be held in contempt of Congress for defying a subpoena from the Jan. 6 committee.

Navarro will stand trial in November.