For many years, I enjoyed watching America’s got talent and even more recently watched The Masked Singer. Nick Cannon, the host of both shows, has done a solid job in providing some humor while maintaining a natural flow of the artists performing. A lot of colorful clothes, big smiles, and timely commentary were present each time you watched.

Nicholas Scott Cannon is an American actor, comedian, rapper, director, writer, producer, and television host. On television, Cannon began as a teenager on All That before going on to host The Nick Cannon Show, Wild ‘N Out, America’s Got Talent, Lip Sync Battle Shorties, and The Masked Singer.

What most Americans did not know about Nicholas, is that he has immersed himself into the anti-Semitic, anti-white world of Louis Faranans’s, Nation Of Islam. This group abhors and will violently fight racism, if targeting the black community, but promotes and expects it against other races and nationalities.

Well, even the far-left media leadership could not provide cover for Cannon after a racist video of him went viral.

Nick Cannon says white people are "a little less," "closer to animals," "the true savages," "acting out of a deficiency so the only way they can act is evil." When does he get canceled? pic.twitter.com/vK3TBDW9i8

The video segment has understandably garnered backlash from across the social spectrum. Despite the clearly derogatory nature of his comments, Cannon defended himself on his Facebook page saying he does “not condone hate speech nor the spread of hateful rhetoric,” and that “we all family.”

Anyone who knows me knows that I have no hate in my heart nor malice intentions. I do not condone hate speech nor the… 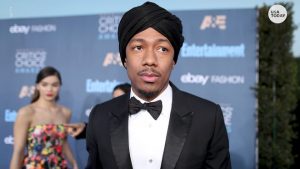 Nick Cannon‘s firing back at ViacomCBS after it dropped him for making anti-Semitic comments — and he’s now claiming it’s the media giant that’s being divisive, not him … and he has a list of demands.

The Masked Singer” host responded to Viacom’s decision Wednesday morning, saying, he’s “deeply saddened” the company “misused an important moment for us to all grow closer together and learn more about one another” and, instead … he claims it’s trying to “make an example of an outspoken black man.”

Cannon vows to not be bullied or silenced and says Viacom “does not understand or respect the power of the black community.

As we reported, Viacom cut bait with Nick over his comments on his podcast “Cannon’s Class” … where he openly espoused Anti-Jewish, and clearly divisive, rhetoric from Minister Farrakhan. He got a ton of backlash online, and then Viacom dropped the hammer, but Nick alleges the pot’s calling the kettle black.

Sad but very revealing on how much hate is brewing in these “Victim & owed” people in our nation. The Jews are very small in number, a majority in their own nation of Israel, compared to Muslims. There are 49 Muslim majority countries in the world and an estimated 1.9 Billion of them in total. White people are no longer the majority in many countries and in increasingly more states in the USA.

These groups are wanting the world to go back in time, focus on “wrongs” they want to be punished, then transport back to 2020, and punish those alive today for those past events.

A big problem as they hide under our 1A. There are no secular solutions that can stop the spread of their bigotry. Only a repentant nation, return to the one living God and loving Him and others, will save us. Once this movement starts we can retool our American Civics, back to our nation’s founding principles.