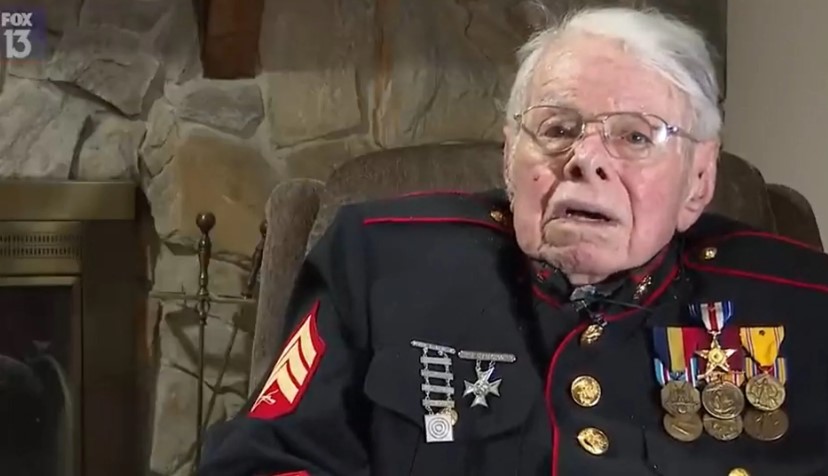 It is tough for the everyday American, who loves our nation, to watch it decline right in front of their very own eyes, and embarrassed for the entire world to see it happening from abroad.

I believe that those who have served in the military, who actually agreed that if necessary they would lay their lives down in defense of our nation, any time, and anywhere, have an even deeper love for country.

In an emotional video, the 100-year-old World War Two veteran Carl Spurlin Dekel broke down in tears describing the current state of America.

He said the United States is “just not the same” and that the country “is going to hell in a handbasket.”

“I sincerely believe in this whole world that everything is beautiful. If I wake up in the morning and see these plants out here and all those flowers that are in there and green grass on the ground that’s beautiful.”

"This is not the country we fought for" pic.twitter.com/W7Y8XsKLp0

“People don’t realize what they have. They bitch about it. Nowadays I am so upset that the things we did, the things we fought for, and the boys that died for it are all going down the drain. Our country is going to hell in a handbasket.”

As a veteran of the United States Marine Corps, I also agree that the lack of fighting spirit found in many today, and the decline in our appreciation of our liberties, is upsetting and frustrating.

I am sad for the millions of people who laid down their lives through death, or injury for a nation choosing to no longer want the same future for themselves and their posterity.