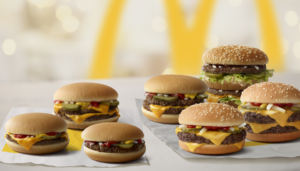 Of all the things that should not be affected by the cultural and political differences, is ordering food from fast-food restaurants. Anyone should be able to go order some food, at a McDonald’s, etc., and expect it will have meat, ketchup, mustard, pickles, and onions in a fresh bun.

This is not necessarily the case, as there have multiple stories of food and drink tampering by restaurant employees who, after identifying the order was placed by a police officer, inserts a tampon is their frappuccino, bleach in their coffee or spits in their hamburger.

Here is a story out of Bakersfield, CA which shows there are consequences for breaking the law and messing with people’s food.

A former McDonald’s worker in California who is accused of spitting on a hamburger that was served to a uniformed police officer will stand trial, a judge ruled.

Prosecutors allege that while working at a McDonald’s in Bakersfield the then-21-year-old rubbed a hamburger bun on the floor and then spat on it as she prepared a meal for a city police officer at the drive-thru, NBC affiliate KGET reported.

She also allegedly shouted, “Black lives matter” and referred to officers as “pigs,” according to the outlet.

According to the KGET (NBC affiliate)

The felony charge against co-defendant Herman Trevino, who witnessed Hargrove’s actions but didn’t stop her from serving the burger or inform management, was dismissed in exchange for agreeing to testify at Hargrove’s trial.

Why did she do it? We know she filed a federal lawsuit against the Bakersfield Police Department alleging that she was beaten and arrested in 2017 by two officers while riding her bicycle.) Was she still looking for justice so decided, with the two employees watching, that rubbing floor debris on the buns and spitting in the food of an officer who randomly ordered, would make up the abuse she received 2 years earlier?

In the end, with her co-workers testifying against her, Miss Tatyana Hargrove will probably plea down to a lesser charge, avoiding lengthy jail time. I know one thing for sure, if I was an officer, I would be ordering from local restaurants whose owners I know personally.