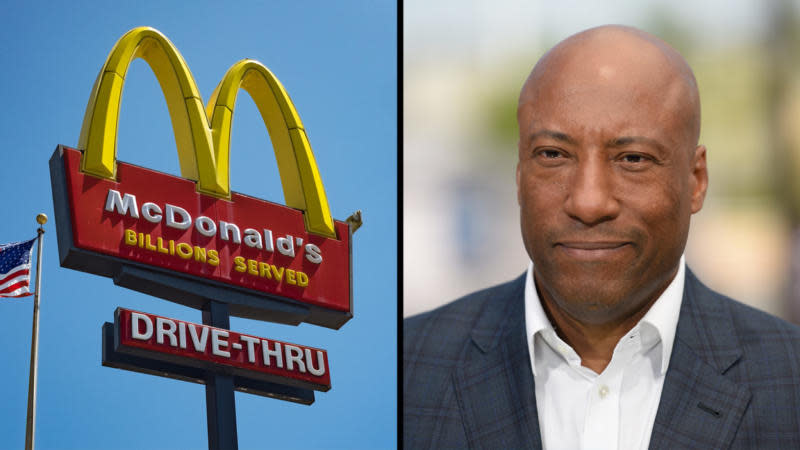 A new tool being used by radical social justice activists is the idea of “equity”.

Under equity, everyone should have the same opportunities, results, income, assets, etc.

Among Allen’s holdings include the Weather Channel and Comedy. tv.

The suit alleges the restaurant company has refused to advertise on some of Allen’s networks, although it does so on other White-owned channels.

In search of more $$$ for himself, Allen argues that regardless of the demographics and financial ROI for McDonald’s, the hamburger giant should be spending more than 0.3% of its annual $1.6 billion advertising budget with Black-owned media companies.

The TV producer and entrepreneur, who is African-American, has said advertisers should spend at least 5% of their budgets with companies like his.

An Obama-nominated U.S. District Judge, Fernando Olguin, and woke graduate of the University of California, Berkeley, ruled that Allen’s case could proceed.

The company “takes billions from African American consumers and gives almost nothing back,” Allen said in a press release following Olguin’s decision.

“The biggest trade deficit in America is the trade deficit between White corporate America and Black America, and McDonald’s is guilty of perpetuating this disparity,” he argued.

McDonald’s lawyer Loretta Lynch said in response to the ruling that Allen’s filing “is about revenue, not race.”

“Plaintiffs’ groundless allegations ignore both McDonald’s legitimate business reasons for not investing more on their channels and the company’s long-standing business relationships with many other diverse-owned partners,” she said.