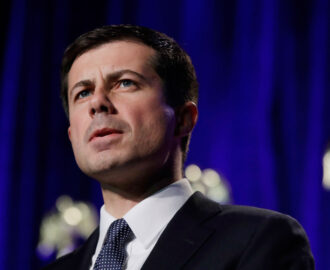 One trait that is especially important for those who seek (and end up in) leadership positions is responsibility. People who thrive in these positions have elevated the success of the organization near the very top of their priorities.

A significant problem with the so-called “social justice” movement is its unrealistic demands.

In their naive pursuit of achieving a utopian global society, organizations from the White House to public schools are promoting individuals based solely on immutable characteristics. Not on their skill set, education, or experience.

A few glaring examples of this can be found with VP Kamala Harris and former South Bend, IN Mayor and now Transportation Secretary Pete Buttigieg.

Harris, a woman of color, who had performed poorly in all of her previously held government jobs, was offered the Democratic VP nomination anyway. With Biden’s surprise victory Harris became the first woman in American history to serve as the VP.

Pete Buttigieg, a “married” gay man, produced a sluggish economy, crumbling roads, and accusations of racism in his city government as the South Bend, IN Mayor. In spite of Petes’s record (and in order to intentionally create a “diverse” cabinet) the Biden team chose Pete for the Department Of Transportation Secretary position.

VP Harris has been missing in action especially with the border crisis.

After weeks of people questioning Buttigieg’s whereabouts as crisis after crisis mounted, Politico’s West Wing Playbook confirmed on Thursday that the transportation secretary was “laying low.”

Even with cargo ships congested at U.S. ports creating a supply-chain crisis Transportation Secretary Pete Buttigieg stayed on paid leave instead of returning to guide his federal department through the crisis.

“They didn’t previously announce it, but Buttigieg’s office told West Wing Playbook that the secretary has actually been on paid leave since mid-August to spend time with his husband, Chasten, and their two newborn babies,” Playbook reported.

They didn’t previously announce it, but Buttigieg’s office told West Wing Playbook that the secretary has actually been on paid leave since mid-August to spend time with his husband, Chasten, and their two newborn babies.
https://t.co/LqXOJOnnbJ

Also proud to work in an Administration that is fighting to make paid leave a reality for everyone, and with people like @SecretaryPete who are role models on the importance of paid leave for new parents https://t.co/Zby6W6XoNo

A spokesperson for the Department of Transportation confirmed that Buttigieg was “mostly offline” throughout this tumultuous time period.

“For the first four weeks, he was mostly offline except for major agency decisions and matters that could not be delegated,” said the spokesperson. “He has been ramping up activities since then.”

The spokesperson added, “Pete’s been a key member of the team since Day One, and has been critical as we shepherd the President’s agenda across the finish line,” an official told Politico. “We’re overjoyed for him and Chasten, and believe every American should have access to paid family leave.”

This past Wednesday, Buttigieg reportedly attended a “high-profile meeting” with President Joe Biden to discuss the ongoing supply chain crisis that will likely result in empty shelves at major and small retail outlets this holiday season  – a prospect resulting in the hashtag #EmptyShelvesJoe trending on Twitter Thursday.

Dawn Huckelbridge, director of the group Paid Leave for All, praised Buttigieg for going on paternity leave, saying it “reflects changing norms.”

“It absolutely reflects changing norms and changing needs,” said Huckelbridge “I’m thrilled that the secretary did that and showed that work and family go together.”

“In Target, fruit snacks were limited, protein bars were nearly gone too, and Lunchables were low in stock,” the outlet said. “We saw the least amount of available frozen foods at Publix and snack foods like beef jerky were running low.”

Well America, we should get used to this as the universities are graduating tens of thousands of college students annually who have bought into this worldview.

No longer does the most qualified person get the job, but it’s the person who allows HR to check off boxes, in the pursuit of equity.