A teacher in Mettawa in Lake County, IL, displayed an outward manifestation of mental conditioning. Fear is a powerful tool that is present in all of us, to some degree or another, helpful for some but destructive for others. Elizabeth Mach, the criminal in our story, has so bought into the current pandemic, and the universal responsibility, for the lefts’ point of view, for us all to give up our liberties and wear masks. 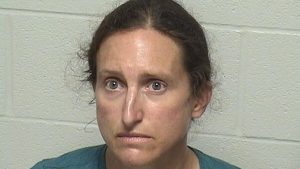 This is where fascism indoctrination kicks in. When those who refuse to follow the expected new cultural “norms”, take a stand, it is incumbent of the indoctrinated, to use force, if necessary, to get them back in line.

Elizabeth Mach, 45, allegedly approached a 50-year-old man after he removed his face covering while leaving a Costco store in Mettawa in Lake County, on June 16, the Sheriff’s Office announced Thursday. 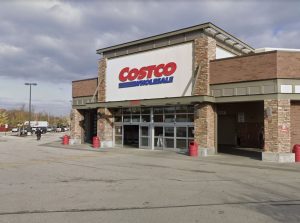 Police said Mach slammed her shopping cart into the stranger and told him to put his mask back on because he hadn’t fully exited the store.

“I am a schoolteacher and I have COVID-19,” Mach allegedly told him, before taking her mask off and spitting in the man’s face, police said. She left the store, but was later identified by police, who arrested her on Wednesday.

What we must understand is Social Justice Warriors (SJW) are increasing in numbers. When a female teacher, is motivated enough to challenge a man, breaking social distancing protocols, removes her mask, while she is assaulting him for doing so, then spits a “deadly” virus on him, this says it all.

As for the man, unless she can prove she was lying about having the virus with a very recent negative test result, he will have to be tested and possibly quarantined.

If she can prove she was lying, she merely made a terroristic threat to him and those around at the store. She has already been charged with battery and disorderly conduct.

The solution to this; Move our kids out of school teaching Marxism, increase criminal penalties for those who physically challenge, intimidate, or assault another person, vote Conservative on November 3rd, and pray for God’s wisdom as we work through the increasing division of our Constitutional Republic.