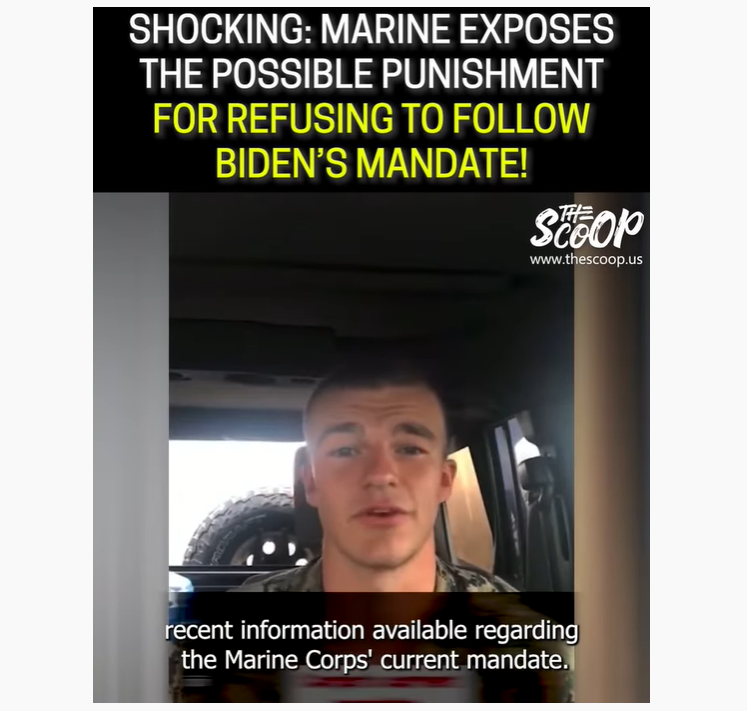 When I enlisted in the United States Marine Corps, July 1987, the Corps was presented to me as a tough, loyal, and exceptional fighting force.

In boot camp, the 100 plus recruits we started with were conditioned to do anything asked by our superiors, in our service to our country, unifying at the unit level. 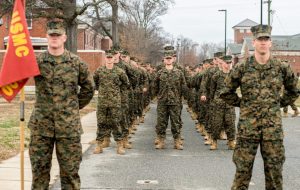 At the end of three months, less than 50 of us graduated as United States Marines.

In the past decade, I have watched my beloved Marine Corps acquiesce to the demands of weak political leadership, introducing open homosexuality, “gay marriage” and now transgender troops stripping away the sole identity of the unit so a group of individuals demanding to be different are allowed to be.

With basement Joe Biden as the Commander In Chief, selecting “woke” generals and admirals to lead the military, the most recent demand, requiring all troops to take a statistically unnecessary vaccine, is simply an exercise in futility for political expediency only.

The Gateway Pundit found a video that will make your head explode.

An anonymous young man claiming to be Marine outlines the potential consequences for servicemen and women who fail to comply with Joe Biden’s dictatorial and anti-science vaccine mandate for the military.

The Marine reads through the most recent information about the COVID vaccine mandate that is publicly available on the Marines’ website, which can be found here.

According to the Marine, “there are two available exemptions, the medical exemption, and the religious exemption, both of which you can apply for.”

At this point, the Marine reveals the dark and distressing possible implications for Marines who refuse to receive the experimental mRNA shot.

“Everyone who refuses to get this treatment will be subject to a general court-martial convening authority in which they will determine your fate.”

“Whoever ends up presiding over my case, as I have blatantly refused to get this treatment because it’s wrong, just know I will happily die before I have this injected into my body.”

Well, I hope esprit de corps wins out with the veteran Marines discharging these Marines, who are taking a stand against tyranny, with general discharges, not dishonorable.