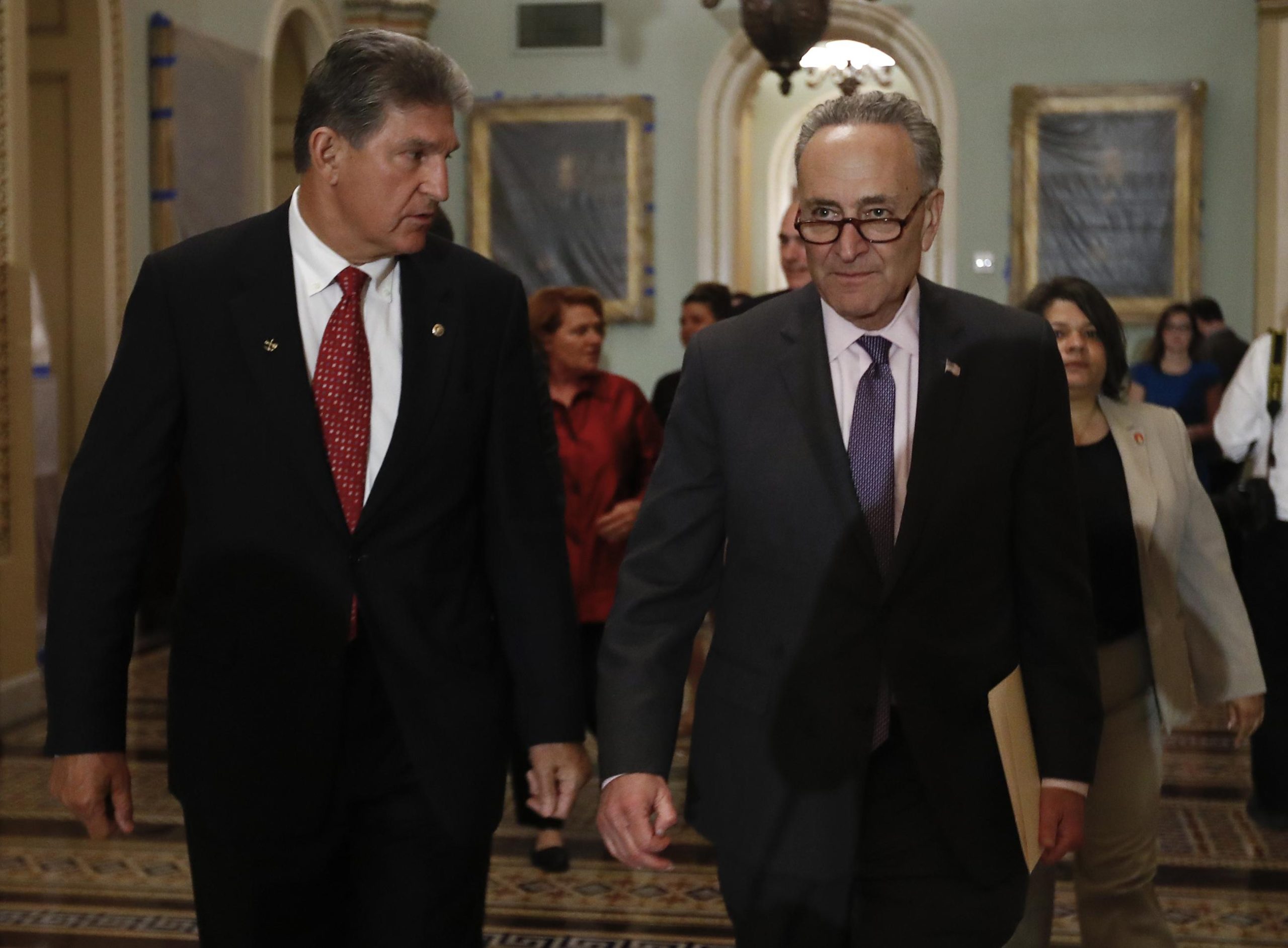 Even though both have been expressing their concerns about the amount of spending their peers had stuffed into the 3.5T bill, their partys’ progressives were still expecting Majority Leader Schumer to get them on board trying to clear a path for Speaker Pelosi’s small majority in the US House to pass it today.

Senator Manchin, a traditional old-school Democrat, punched back against the criticism.

He told the press he has never been a liberal and has pushed for a 1.5 trillion package instead.

At one point Manchin told a progressive journalist that if the left wanted larger spending bills they should elect more liberals, then they could get their way.

Later in the day, a document emerged which completely blew up any chance of a compromise.

In order to get Manchin on board in July, Sen. Chuck Schumer signed a piece of paper that promised Sen. Joe Manchin the reconciliation package would only cost $1.5 trillion, not the $3.5 trillion President Biden proposed and that a number of House Democrats are demanding.

The signed document by both men, confirmed by Fox News, says the “topline” number for the reconciliation package would be $1.5 trillion with debate on the package beginning no later than October 1. The document also reveals the two men agreed the package will include terminating the Federal Reserve’s quantitative easing, which means the FED will stop pumping money into the economy willy-nilly.

It proposes raising the corporate tax rate to 25 percent, the top tax rate on income to 39.6 percent, raising the capital gains tax rate to 28 percent, along with any revenue from the bill “exceeding” $1.5 trillion to go towards reducing the deficit.

The document ends with a straightforward caveat of what Manchin’s red line was; “Senator Manchin does not guarantee that he will vote for the final reconciliation legislation if it exceeds the conditions outlined in this agreement,”

A blow to the far-left House members because it confirms their worst fears that no assurances will likely be given that the package will include an additional $2 trillion in spending to fund the most radical items of President Biden’s reconciliation package.

this document reads to me like a sign of lack of trust on the Hill, a far cry from a time when a handshake was enough pic.twitter.com/K5G2HZLvSq

It also proposes raising the corporate tax rate to 25 percent, the top tax rate on income to 39.6 percent, raising the capital gains tax rate to 28 percent, along with any revenue from the bill “exceeding” $1.5 trillion to go towards reducing the deficit.

Breitbart is reporting Schumer, however, is already back-peddling on the signed agreement.

“Leader Schumer never agreed to any of the conditions Sen. Manchin laid out; he merely acknowledged where Sen. Manchin was on the subject at the time,” a spokesperson for Schumer told Politico.

Yet Manchin issued a statement Wednesday night reiterating his position from July. “I cannot — and will not — support trillions in spending or an all-or-nothing approach that ignores the brutal fiscal reality our nation faces.”

NEW: @Sen_JoeManchin tells me 1.5 trillion is still his top line and that he has told that to the president.

“There is a better way and I believe we can find it if we are willing to continue to negotiate in good faith,” he added.

For conservatives like me, today could not have gone much better.

Even though it is stressful when the left pushes legislation that could really hurt our nation, when they fail, their defeat makes all the proceeding stress well worth it.

Thank you Senators Joe Manchin and  Kyrsten Sinema for standing on principle, a dying characteristic of the left side of the aisle.

Please check out my podcasts