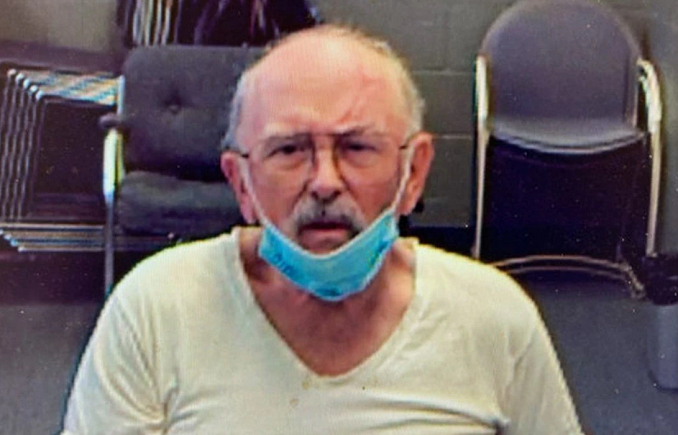 The abortion issue until recently had centered around the debate on when the baby in the womb should be considered a person by the population.

Except for a few tense moments outside Planned Parenthood’s abortion death clinics, violence between those on both sides of the issue has been minimal.

But, with the radicals now controlling the social justice movement, violence has exploded in groups such as BLM, ANTI, and Jane Revenge, to name a few.

Even Joe Biden, who ran for president as an uniter, has been calling for the persecution of those progressives disagree with, especially MAGA supporters, who are nearly 100 percent pro-life.

A liberal Michigan resident has been charged with shooting an 84-year-old Michigan grandma as she was canvassing against abortion.

Joan Jacobson, a retired nurse, was visiting homes in Lake Odessa, Michigan to pass out literature opposing Proposal 3, which would legalize abortions up to birth in the state. After radical leftist Sharon Harvey got into an argument with Jacobson, her husband Harvey approached Jacobson with a gun and shot her as she was trying to leave the couple’s property.

Harvey has admitted to firing a warning shot at Jacobson before shooting the elderly woman but is claiming it was an accident.

Harvey was finally charged Friday with assault with a dangerous weapon, a felony; careless discharge of a firearm causing injury, a high court misdemeanor; and reckless use of a firearm, a misdemeanor. Ionia County Prosecutor Kyle Butler said in a statement. Harvey surrendered to authorities Friday morning and was being held in the county jail.

According to a Detroit News report, Harvey is currently being represented by a public defender.

He was arraigned Friday afternoon in district court in Ionia County, according to a statement from the Michigan State Police. Harvey was given a $10,000 bond.

Joan Jacobson told investigators she was leaving their home when she was shot, The Detroit News reported Thursday.

She said she was headed to her car when she saw Richard Harvey. “And the next thing I knew, I heard a shot and I felt some pain,” Jacobson told the newspaper. “I was just stunned. The pain was in my back, and it was very severe.”

“I didn’t want to hurt her or him,” she said of the Harveys.

Meanwhile, in a press release distributed today, Jacobson’s attorney David Kallman says the Right to Life volunteer was intentionally shot during the September 20th incident and that Sharon Harvey was “hostile, belligerent, and antagonistic” when Jacobson came to her door to hand out information.

“She yelled and screamed at Ms. Jacobson and refused to listen to anything she tried to say. Ms. Jacobson, a five-foot-tall, 84-year-old, 120 pound, retired nurse, never raised her voice, yelled at Ms. Harvey, or threatened her in any way,” Kallman says.

He said Jacobson began to leave when Mrs. Harvey, who daily posts virulent messages on social media attacking conservatives and promoting abortion, asked her to leave. Kallman said Jacobson never threatened the Harveys, never used her clipboard as a weapon as they contend and was shot “without any provocation.”

“Ms. Jacobson said she was ‘stunned’ upon realizing she had been shot and, fearing for her life, continued to her car and was able to drive to a nearby police station for help,” Kallman added. “She had turned to ask Ms. Harvey to stop yelling at her, and she was shot from the side as the bullet entered the top of her right shoulder and exited out her upper back near her spine.”

“Jacobson believed Richard Harvey intended to shoot her and that he might shoot her again if she did not leave the scene and get help,” he added.

The attorney says the Harveys didn’t even try to help Jacobson once they realized Richard had shot her and he said Sharon Harvey didn’t bother to call 911 for help even though she had a cell phone with her at the time.

“Neither Sharon nor Richard Harvey expressed any concern for Ms. Jacobson, offered her any assistance, or said one word to her after she was shot. Ms. Harvey, who had her cell phone in her hand as she had earlier threatened to call the authorities, made no offer to call 911 after Ms. Jacobson was shot. Ms. Jacobson made it to the police station and was transported to a hospital in Grand Rapids for treatment. She is recovering from her wounds,” he continued.

“There was no justification for shooting Ms. Jacobson,” Kallman said in his statement. “Mr. Harvey admitted firing a warning shot, so he knew the gun was loaded when he pointed it at my client. If it was truly an accident, why did neither of the Harvey’s express any remorse or even offer to assist Ms. Jacobson or call 911 immediately after shooting her? The answer is obvious: it was not an accident and Mr. Harvey should be held accountable.”