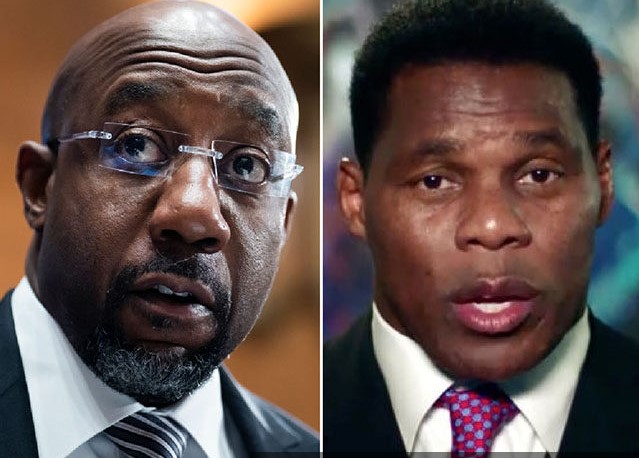 The gloves are off in the Georgia Senate Battle Royale.

In spite of the Democrat’s long history of racism, many black communities in larger urban areas have been convinced of the opposite.

When someone from their community sides with the Republicans, they are labeled by activists as being modern-day slaves, doing the bidding of the “white” man.

Multiple witnesses at the event, including Walker campaign staffers and media members, heard the protesters shout the slur.

“This is all a stunt. He’s nothing but a house n****r,” the protester, who identified himself as Maceo Fletcher, allegedly shouted at Walker.

A Walker campaign staffer told Fox News he heard the protester say, “He’s a joke. He tap dances, and he’s a house n****r.”

The protester reportedly refused to answer questions when Walker staffers pressed him about the slur he shouted.

A Walker campaign spokesperson told Fox News the protester was actually a Warnock donor who goes by a name other than Maceo Fletcher. However, Fox News has not yet verified the Walker campaign’s claims.

Walker’s press conference outside Columbia Towers came one week after the Washington Free Beacon reported that Warnock’s church attempted to evict tenants for as little as $28.55 in past rent during the pandemic.

Columbia Tower at MLK Village in downtown Atlanta, a facility that caters to the “chronically homeless” and those with “mental disabilities,” has found itself sued a dozen times during the pandemic.

One of the latest lawsuits shows a tenet was asked to vacate the apartment building for $4,900 due in back rent, a sum that is nearly half of Warnock’s pastoral monthly housing allowance.

While Warnock’s church tried to evict tenants, the senator earned a hefty $120,000 pastoral salary and an additional $7,417 monthly housing allowance from the church. All this came on top of his $174,000 congressional salary.

“Where in Matthew 25 does it say that you can evict people who are struggling?” Walker asked at the campaign event.

Warnock’s actions reflect an internal heart problem of narcissism, which is not of God.

His positions on abortion, homosexual “marriage” and anti-white racism lead me to label him a wolf, not a man called by God to serve his people.

Georgia must replace the hater, with a good old boy who is ready to serve, not be served.