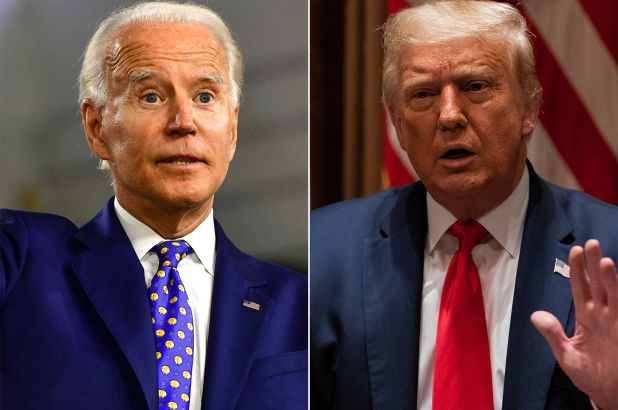 Don’t do it Joe, a Democratic party mantra being chanted by their political hacks, by those laying the groundwork for Joe Biden to skip the 3 scheduled debates with President Trump.

They believe their own polling, that Mr. Biden is way ahead and short of a major blunder, can ride into the Oval Office, after finally coming out of his basement in December 2020.

The first debate is scheduled for September 29, 2020, in Cleveland.

EVERYONE knows former Vice President Joe Biden is mentally unfit to serve as our Commander in Chief, but the left is quite OK with this. 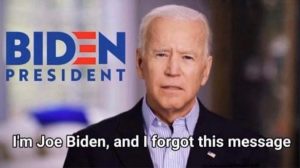 It appears Biden was chosen as a placeholder, someone they believe can beet Present Trump on November 3rd.

If elected could be used by his handlers to try to ram through Marxist policies, without others in his cabinet taking the political hit. Remember, Joe has already said he is only running for one term and would not seek re-election if President, and has promised his running mate will be a “woman of color”.

I believe the plan is to get Mr. Biden elected, then after a short period of time, do an assessment on his ability to make it 4 years, which he can’t.

At that point, they will have Joe resign over “unforeseen” medical reasons, stepping down and allowing his VP to take over as the first woman President in US history.

On July 7th, NY Times Opinion Columnist, Thomas L. Friedman, recommended the Biden team require President Trump to release his tax returns and let them fact check him during the debates, which he knew the Trump team would not aqueous to, allowing Biden to withdraw from the debates. 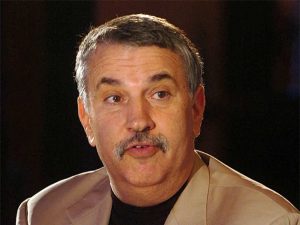 Why would the Trump team reject live “fact-checking’?  Such “real-time” fact-checking proved decisive in a 2012 debate between President Barack Obama and Republican challenger Mitt Romney: CNN moderator Candy Crowley incorrectly declared that Obama was right about having declared that the Benghazi terror attack was, in fact, a terror attack. (She later acknowledged that she had been wrong.)

Trump “will take the truth and destroy it, and Biden will be in the position of correcting him over and over and over again. I don't think he should give him that platform.” pic.twitter.com/4EOR4Q9Um7

Today another NY Times Op-Ed called for Biden to “scrap” the Presidential debates.

The New York Times published an op-ed Monday morning titled “Let’s Scrap the Presidential Debates,” arguing that they play too great a role in helping voters choose the president.

Journalist Elizabeth Drew assures readers that she is not worried that Biden will lose the debates. 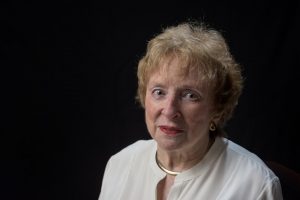 “This, by the way, isn’t written out of any concern that Donald Trump will prevail over Joe Biden in the debates; Mr. Biden has done just fine in a long string of such contests,” she writes.

The point, she says, is that the debates are meaningless — “that ‘winning’ a debate, however, assessed, should be irrelevant, as are the debates themselves.”

Nervous managers of the scheduled 2020 presidential debates are shuffling the logistics and locations to deal with the threat of the coronavirus. But here’s a better idea: Scrap them altogether. And not for health reasons.

The debates have never made sense as a test for presidential leadership. In fact, one could argue that they reward precisely the opposite of what we want in a president. When we were serious about the presidency, we wanted intelligence, thoughtfulness, knowledge, empathy and, to be sure, likability. It should also go without saying, dignity.

Yet the debates play an outsize role in campaigns and weigh more heavily on the verdict than their true value deserves.

However, Biden has been criticized in past debate performances for his misstatements and outright fabrications. In a debate with Alaska Governor Sarah Palin in 2008, Biden made several false claims, including the odd claim that the United States and France had “kicked Hezbollah out of Lebanon.” (Hezbollah, an Iranian-backed terrorist group with an associated political wing, is still very much there, and is a major part of Lebanon’s government.)

In 2012, as he debated then-Rep. Paul Ryan (R-WI), Biden again told a series of whoppers, including the false claim that Obamacare was not forcing religious institutions to provide contraceptive coverage. That very issue has been at the heart of lawsuits brought by Little Sisters of the Poor, a Catholic order that had been required to pay for contraception.

The Biden campaign agreed in June that the candidate will participate in three debates. But Democrats are worried that the aging Biden, who has had trouble articulating his views in past debates, will look frail next to President Trump — or that Trump will get away with false statements.

Such “real-time” fact-checking proved decisive in a 2012 debate between President Barack Obama and Republican challenger Mitt Romney: CNN moderator Candy Crowley incorrectly declared that Obama was right about having declared that the Benghazi terror attack was, in fact, a terror attack. (She later acknowledged that she had been wrong.)