Some more good news in Wisconsin.

Earlier today President Trump tweeted that Wisconsin Gov. Tony Evers, a Democrat, who had called for calm earlier Tuesday, while also declaring a state of emergency under which he doubled the National Guard deployment in Kenosha from 125 to 250, had agreed to allow for the federal government to help in restoring law and order in Kenosha. 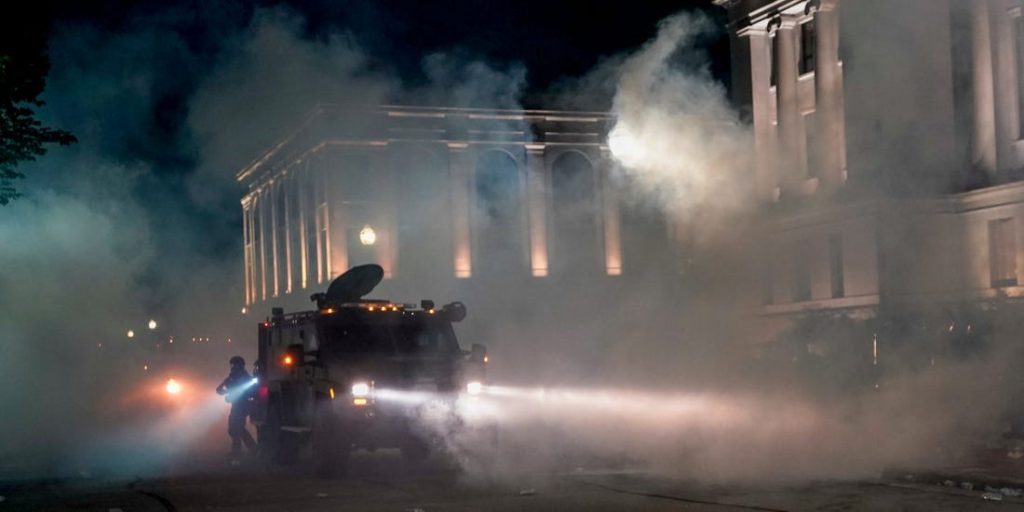 President Trump on Wednesday said he will send federal law enforcement and the National Guard to Kenosha, Wis. to restore “law and order” amid days of unrest in the city.

“We will NOT stand for looting, arson, violence, and lawlessness on American streets,” the president tweeted Wednesday. “My team just got off the phone with Governor Evers who agreed to accept federal assistance. (Portland should do the same!)”

The president added: “TODAY, I will be sending federal law enforcement and the National Guard to Kenosha, WI to restore LAW and ORDER!”

The president’s tweets come after 29-year-old Jacob Blake, a Black man, was shot at close range in the back by city police officers, leaving him partially paralyzed.

…TODAY, I will be sending federal law enforcement and the National Guard to Kenosha, WI to restore LAW and ORDER!

Murtaugh, during the call with reporters Thursday, said that “everyone supports the First Amendment” and the “right of people to assemble.”

“Everyone celebrates that, including the president,” Murtaugh said, noting that it is what the “foundation” of the country is built on.

“Where the president draws the line is where peaceful protesters crossed the line with outside groups like Antifa and erupt in violence.” He added: “It doesn’t serve anyone’s purpose to cause mayhem so I think that’s a great concern.”

Hey America, watch what happens when the federal and state governments work together in restoring and maintaining law and order.

Now more than ever we need a strong President who will not stand by and let people’s lives get destroyed, vote on November 3rd.