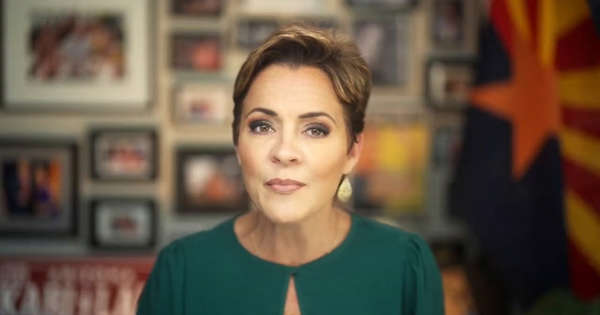 Arizona Republican governor’s candidate Kari Lake issued an update for her supporters Monday evening, saying her attorneys are working around the clock to obtain more information and “whistleblowers are coming forward” after reports of poll issues on Election Day in Maricopa County.

“Attorneys are working diligently to gather information,” Lake said in a video posted to Twitter. “Whistleblowers ARE coming forward and the curtain is being lifted. Whether done accidentally or intentionally. It is clear that this election was a debacle that destroyed any trust in our elections.”

Arizona’s 2022 election was” the most chaotic in Arizona’s history,” Lake said, with “printer problems, tabulation errors, three-hour-long lines and even longer and confusing instructions given by election officials,” building the chaos.

A recent report revealed some troubling news to voters about an anti-MAGA PAC called “Pro-Democracy Republicans of Arizona,” which was formed by Maricopa County Chairman Bill Gates and Maricopa County Recorder Stephen Richer in 2021

Commenting on the overtly corrupt revelation, Lake said: “Shouldn’t Election Officials be impartial? The guys running the Election have made it their mission to defeat America First Republicans. Unbelievable.”

Shouldn't Election Officials be impartial? The guys running the Election have made it their mission to defeat America First Republicans. Unbelievable. https://t.co/Lz12h9VRX1

The heat in the proverbial elections kitchen is climbing so fast that the Chair of the Maricopa County Board of Supervisors Bill Gates has reportedly gone into hiding.

Hey @KariLake – The Election fraud investigation in AZ heating up.
Chair of the Maricopa County Board of Supervisors Bill Gates Reportedly in Hiding.
tps://www.thegatewaypundit.com/2022/11/chair-maricopa-county-board-supervisors-bill-gates-reportedly-hiding/ pic.twitter.com/4qLUYQeuA8

Bill Gates, chair of the Maricopa County Board of Supervisors, confirmed that he was moved to an undisclosed location for safety reasons amid security concerns in connection to the 2022 midterm elections.

While speaking on KTAR News 92.3 FM’s “Arizona’s Morning News” on Nov. 21, Gates noted that the condition hasn’t interfered with his work in the state’s election system.

“I’m not in hiding … but I’ll put it this way. When the sheriff suggests that I spend the night somewhere else, I do it,” Arizona’s top election official told the station.