Kanye West is accomplished in a few things for sure, one of them is free PR.

With a tweet or leaked story, he can get millions of hits to his various social media pages and get featured by numerous publications.

Similar to President Trump, free bad press can get spun into good outcomes, which only a handful of people can ever master.

Kanye, who was chastised for wearing a MAGA Hat and appearing with President Trump, has recently entered the Presidential race and an independent candidate.

Although only on three state ballots as of today, he says he will push on and finish the process with winning as not necessary to accomplish his goal for his run.

A new development has been reported by the NY Post.

The billionaire rapper had been camping with his family, including superstar wife Kim Kardashian West and their four children, in Colorado when he flew out to Telluride to meet Kushner and his wife, first daughter, and senior adviser Ivanka Trump, according to the New York Times.

The paper reports that Kushner and Ivanka had been traveling in Telluride that weekend. The sneaker mogul was not joined by his wife during the meeting.

Reached by the Times for comment on his meeting with Kushner, the rap superstar took to Twitter.

Asked last Wednesday about West’s 2020 effort, President Trump denied any connection to it, saying during a White House press briefing, “I like him. He’s always been very nice to me.”

Asked if he was aware of or involved in an effort to get West on the ballot, Trump said he didn’t know anything about it, saying simply, “No, not at all. 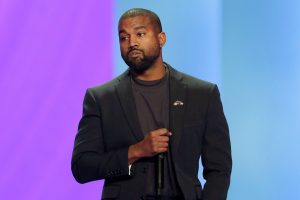 Since then, he has fought an uphill battle for ballot access state by state without any of the traditional campaign infrastructures.

West has managed to get himself on the ballot in three states so far: Colorado, Oklahoma, and Vermont.

I think Kanye is running for PR but also to continue his cruise of asking the back community to re-think why they keep voting for the democratic party. 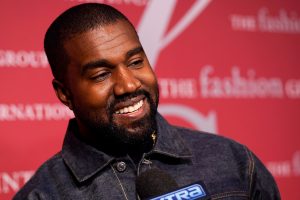 Why, since Johnson’s “War On Poverty” the unofficial name for legislation first introduced by United States President Lyndon B. Johnson during his State of the Union address on Wednesday, January 8, 1964, the United States had spent close to 16 Trillion dollars with little to show for it in the Urban areas.

Kanye is asking, why do you keep voting for democrats who get rich, while your neighborhoods stay poor. He compares some urban areas to new plantations, where black Americans have been given government assistance in return for their votes.

If Mr. West can get on the ballots in swing states like MI, WI, NC, or PA, it is possible he could make a small difference in the outcome of the November 3rd Presidential election.