Everyone knows that skydiving without a parachute will kill you. Not paying taxes will get you in big trouble with the IRS and yes mailing actual ballots to all voters, from inaccurate lists, will cause massive confusion and voter fraud.

Here are a few recent examples

More than 223,000 mailed ballots were returned to Clark County as undeliverable mail during the June primary, according to a report by the conservative-leaning Public Interest Legal Foundation and confirmed by the Review-Journal. 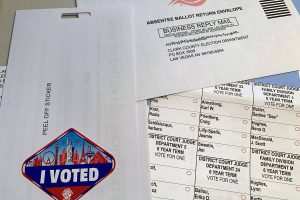 New Local Election Ordered in N.J. After Mail-In Voter Fraud Charges
A judge ruled that the election in Paterson had been irreversibly tainted. City councilman among 4 facing voter fraud charges in New Jersey 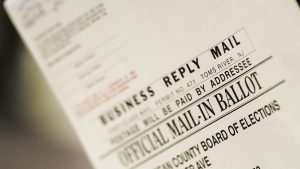 The left has collectively pushed for national mail-in voting due to the “VIRUS”.

Anyone who resists the idea of mail-in voting is attacked and accused of trying to help President Trump steal the election. Their argument is by not allowing the mail-in option, some people would have to choose between risking their life by voting in person or not voting at all.

What’s crazy is the same people argue it’s safe to get an abortion, go to the liquor store or get your groceries, but voting in person might kill you.

Speaker Pelosi, after taking a long recess, urgently called the US House back into session to pass a $15 Billion funding package for the US Postal Service. 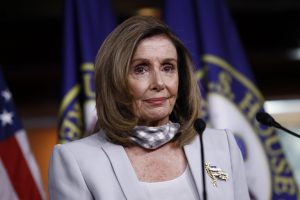 Why, because without the posts offices’ assurance that they could handle a massive increase in mail volume, which would all have to be processed over a few days, and by deadlines, the left would not be able to gain public sentiment for a nationwide universal mail-in system for 2020.

The result, AG Bill Barr GOES OFF on Wolf on Mail-in Voter Fraud, “This is Playing with Fire! We’re a Very Closely Divided Country Here!”

During the discussion, Wolf Blitzer tried to defend the Democrat plan to send out MILLIONS of ballots to voters this fall for the general election.

Bill Barr just doesn’t agree with Wolf, and strongly let him know why.

Attorney General Bill Barr: Now what we’re talking about is mailing them to everyone on the mailing list when everyone knows the lists are inaccurate. People who should get them don’t get them which is one of the major complaints in states who have tried this. And people who get them are not the right people… Sometime multiple ballots go to the same address. You think that’s any way to run a vote?

Bill Barr went on to say that it is absolutely insane to push this fraudulent system when the country is so divided at this time.

Agreed by many, but the left knows this is their best opportunity for them to steal the election this year.

With this in mind, it is Wolf’s and other the propagandists’ assignment to try to discredit anyone opposed while promoting their “compassionate” reasoning for demanding it.

It appears time will run out on the deep states chance to steal the election using mail-in ballot fraud but be assured they will steal a lot of votes by changing, destroying, and ballot harvesting votes from the homeless and infirmed citizens, etc., the way they always have done.

The remedy, HUGE voter turn out, in record numbers, from those who love liberty and know President Trump is the best option for ensuring our nation remains free.