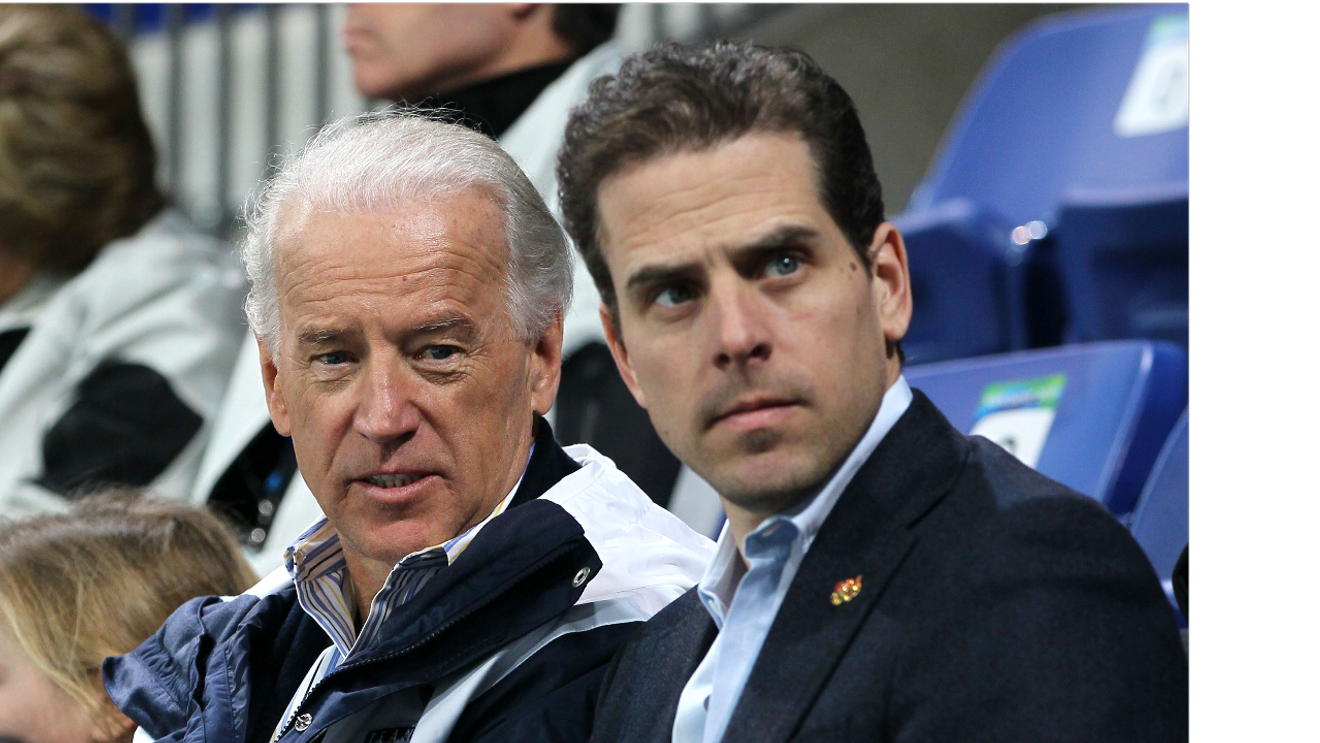 During the 2020 presidential debates, former President Donald J. Trump pressed democratic candidate Joe Biden on his involvement with his son’s business dealings with foreign governments, following the Vice-President’s introduction of his unqualified son to them.

President Biden continues to insist he never discussed any of the deals with Hunter, but a newly discovered voice mail proves that Joe KNEW about his son Hunter’s shady business dealings:

According to the NY Post, e-mails from Hunter’s “Laptop for hell”, show that Hunter met with his father at least 30 times at the White House or the vice president’s residence, often just days after he returned home from overseas business jaunts.

The various meetings took place between 2008 and 2016. They raise questions about whether Hunter was relaying messages to his father on behalf of foreign clients and cast new doubt on the president’s repeated denials that he had any role in his son’s shady overseas business dealings.

The Post’s report also reveals that Hunter Biden’s business partner, Eric Schwerin, was named as an invite receipt on 21 of the 30 meetings with the then-vice president.

Schwerin was the president of Hunter Biden’s now-dissolved investment fund Rosemont Seneca Partners and reportedly had access to Joe Biden’s personal financial information. He was recently revealed to have been welcomed at the White House over 19 times before meetings, including once with the then-Vice President in November 2010, according to White House visitor logs.

Hunter Biden met Daniel Kablan Duncan, the Prime Minister of Côte d’Ivoire, on April 15, 2016 in Washington D.C., his calendar shows. The 8:15 a.m. sitdown was quickly followed by a 9 a.m. confab with Vice President Biden at the Naval Observatory. The purpose of his meeting with Kablan is unclear.

Between Feb. 15-18, 2012, Hunter Biden was wined and dined by billionaire oligarchs in Moscow, including one now wanted for murder. Four days after his return, Hunter Biden met with Vice President Biden, again at the Naval Observatory.

On Nov 14. 2015, Hunter Biden met with Romanian ambassador to the United States George Maior, before heading off for meetings in that country. He returned Nov. 17, and had breakfast with his father at the Naval Observatory two days later. Just months after the trip, he teamed up with former FBI Director Louis Freeh to help Romanian businessman Gabriel Popoviciu avoid jail time.

The report also shows that Hunter set up a meeting between his father, Vice-President Joe Biden, and former Colombian President Andrés Pastrana Arango on March 2, 2012.

Emails also revealed that Rosemont Seneca was on retainer for $25,000 per month from the Brazilian construction company. OAS was later entangled in Brazil’s largest government corruption scandal, commonly known as “Operation Car Wash.”

Hunter flew to Bogata in November 2011 to meet with Pastrana, where calendar notes also indicate that Colombia’s minister for mines and energy was included in the meeting. Hunter also met with a counselor to Colombian president Juan Manuel Santos later that day, the Post noted.

In February 2012, his calendar revealed that Hunter asked Pastrana to meet up while he was visiting Washington D.C.

A month later, the former Colombian President allegedly met with Joe Biden at the Naval Observatory, where Schwerin was listed as an invite to the meeting. Hunter Biden met with Pastrana, along with a Colombia coffee executive, at a coffee shop later that day.

Former Republican President Richard Nixon was forced to resign over the Watergate break-in, as those in the Republican party were telling him they did not have his back because of ethical concerns.

The question is will the Democrats continue to cover for President Joe Biden’s many lies or will they use the mounting evidence of his corruption as their justification for asking him to step down, or at the least, to not run for re-election in 2024?

This answer is difficult to come up right now with as the stories coming from the left-leaning publications continue to present both sides of the arguments for and against Joe.