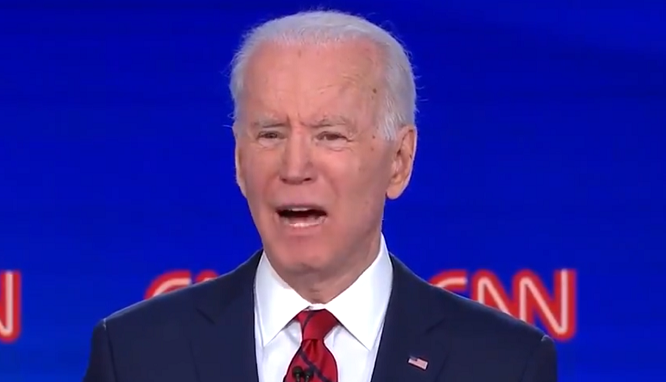 President Joe Biden rolled out his latest Executive Order Thursday, this time attacking the Bill Of Rights. He insisted that  “no amendment is absolute” while unveiling a series of executive actions targeting American citizens’ Second Amendment rights.

“Today, we’re taking steps to confront not just the gun crisis, but what is actually a public health crisis,” Biden announced in a speech at the White House’s Rose Garden, claiming: “Nothing, nothing I am about to recommend in any way impinges on the Second Amendment.”

Joe Biden should be ashamed. pic.twitter.com/IhMVbrGRDe

“The idea that we have so many people dying every single day from gun violence in America is a blemish on our character as a nation,” Biden said during remarks at the White House today.

Family members of people who have been killed in shootings like Sandy Hook and the shooting at Marjory Stoneman Douglas High School in Parkland, Florida attended the hearing.

He assured them, “We’re absolutely determined to make change.”

As with other hyper pro-abortion activists, Biden’s message condemns the violence associated with guns that takes the lives of too many people every year. However, Biden ignored the reality that abortion has claimed 62 million American lives and annually kills as many 1 million babies annually in the United States.

While Biden wants to ban guns and put more limits on them because “people are dying” he has no problem with people dying in abortions. In fact, in January, Biden released a statement celebrating the Roe vs. Wade Supreme Court decision that has resulted in killing 62 million babies abortions. The decision, handed down on January 22, 1973, overturned pro-life laws offering protection for unborn children in most states across the country and made abortions legal and virtually unlimited.

Biden’s celebration of abortion is not surprising given that he has promised to govern as the most pro-abortion president in history and his comments about codifying Roe prove that.

Biden and Harris want to take that nationwide — with a plan to “codify” Roe v. Wade and Doe v. Bolton, the companion Supreme Court cases from 1973 that allowed unlimited abortions up to birth for virtually any reason unless states limited abortions after viability.

With the words “under any circumstances,” Joe Biden signaled last year that he supports the killing of unborn babies for any reason through all nine months of pregnancy. A “right to choice under any circumstances” under Roe v. Wade means unborn babies can be aborted for any reason — including for sex-selection, a cleft lip or simply inconvenience – at any stage of pregnancy.

My second grandson was born today, he was as much a beautiful little boy yesterday, as he is today, just moved locations.

The hypocrisy Biden is displaying is speechless, if you really want to think it through. I pray more people learn the facts, for millions of future babies’ lives ‘ sake.