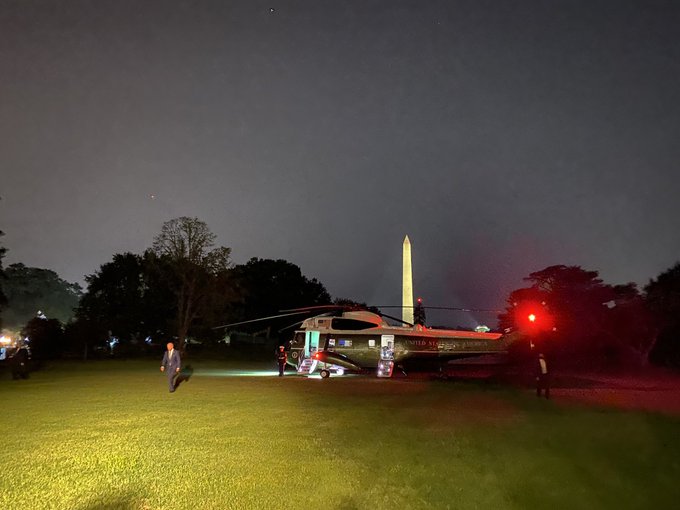 Once again President Joe Biden made headlines by making unsubstantiated comments when speaking to the liberal media.

Biden spoke about vaccine mandates after he returned to the White House on Tuesday evening from his campaign trip to the West Coast to support California Gov. Gavin Newsom, currently in a fight against a recall election.

Even with a very close recall vote underway, basement Joe somehow determined there was overall positive support for coronavirus vaccine mandates — and that Americans opposing them were a “small percentage.”

Biden said he felt that it was a sign that Americans supported his controversial mandates announced last week for businesses over 100 employees to require their workers to get vaccinated.

“There’s a positive support for mandates – by and large,” Biden said to reporters after he exited Marine One. “There’s always going to be a small percentage that say no.”

As President Biden returned to the White House tonight, I asked what lessons can be drawn from California. He noted that polls are still open, but told me: “There’s a positive support for mandates – by and large. There’s always going to be a small percentage that say no.” pic.twitter.com/EKumvOdlgM

The reality is the Biden administration should not take the recall vote as support for his draconian unconstitutional vaccine mandates.

Breitbart reports the support for the Biden mandate is split down party lines.

According to exit polls in the state released Tuesday night, independent voters were split 50-50 on Newsom’s recall, as Democrats rallied with 94 percent choosing not to recall the governor.

An overwhelming number of Democrats who voted against the recall election appeared to support Newsom’s draconian coronavirus restrictions.

Eighty-two percent of California voters who voted against the Newsom recall believe his policies for coronavirus are not strict enough.

Come on Man, stop talking Joe. The fake news you are expounding is getting old.

“If it is Actually True… That’s Treason” – President Trump Reacts to Reports Milley Called China Behind His Back
Oh No Joe – Without Dramatic Changes, Democrats On Track To Lose Big In 2022
To Top