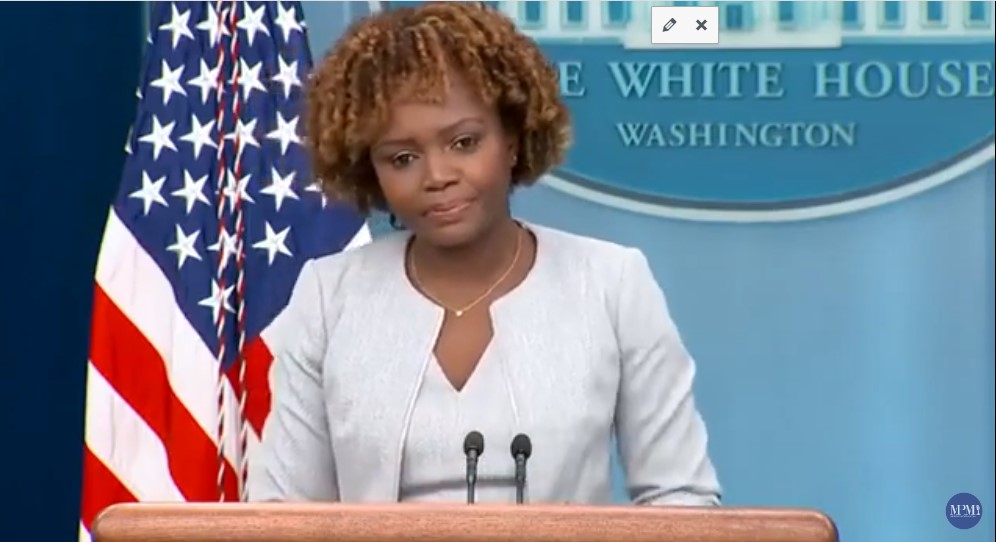 On Monday during a DNC fundraising event, President Joe Biden said the ‘extreme MAGA philosophy’ of Republicans is ‘semi-fascist’.

“What we’re seeing now, is either the beginning or the death knell of an extreme MAGA philosophy. It’s not just Trump, it’s the entire philosophy that underpins the – I’m going to say something, it’s like semi-fascism,” said Biden.

“This is not your father’s Republican party. This is a different deal,” he added, according to the White House pool report. “Our team has to show up and quite frankly vote, just simply vote.”

“It’s not just Trump, it’s the entire philosophy that underpins the – I’m going to say something, it’s like semi-fascism.”
Via pooler @AndrewRestuccia pic.twitter.com/qJYHK5rcHL

This required White House press secretary Karine Jean-Pierre to once again try to defend Biden, following one of his blunders or radical talking points made in his rare public appearances.

She defended Biden’s use of the word “fascism” to describe “MAGA Republicans,” insisting that the president’s opponents are the very definition of the word.

“I was very clear when laying out and defining what MAGA Republicans have done,” Jean-Pierre told reporters.

The definition of fascism is; “A system of government marked by centralization of authority under a dictator, an economy subject to stringent governmental controls, the violent suppression of the opposition, and typically a policy of belligerent nationalism and racism.”

Karine Jean-Pierre once again confirmed that was not chosen for her oratory skills or political knowledge, but instead for allowing the administration to check of multiple intersectionality boxes with her question-able employment.

The administration is a full-blown Marxist wrecking ball, following the instructions, I believe, of Barack Hussein Obama, thus executing his third term for him.