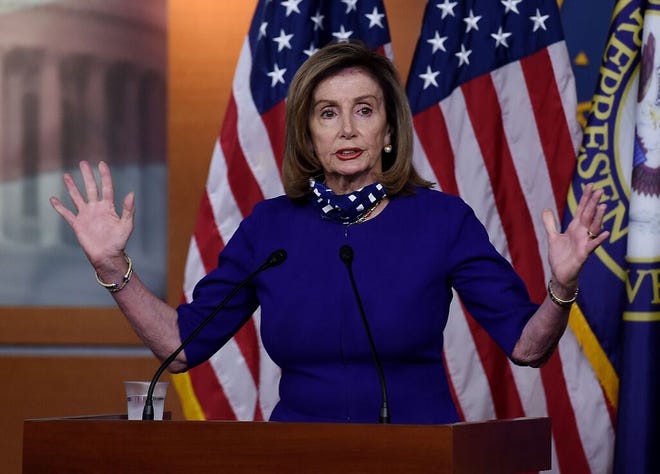 In the military, prior to a full offensive, we would send out the “Advance party”. This is a group sent ahead of a military force to perform reconnaissance

The Democratic party has had its own Advance party out performing reconnaissance for Joe Biden. Their goal has been to find out how much could they hide the former vice president without costing him too many votes.

From the NY Times, recommending Biden should not debate until Trump releases his tax returns, and the debate should have liberal fact-checkers, to Candy Crowley’s infamous correction of Mitt Romney during his second debate with Barak Obama, in which she ended up being wrong, but still changed the entire dynamic of the debate. 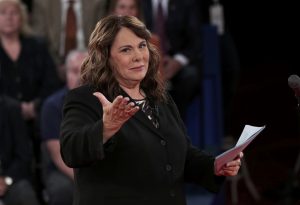 It appears they have decided that Sleep Joe could possibly skip out on the 3 agreed upon Presidential debates and still save face.

Their plan, blame it on President Trump.

House Speaker Nancy Pelosi (D-CA) on Thursday said that she doesn’t believe there ought to be any presidential debates ahead of the November election, arguing Democratic presidential nominee Joe Biden shouldn’t “legitimize” a discussion with President Donald Trump. 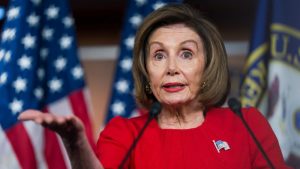 Biden has already agreed to take part in three presidential debates before the November election, but Pelosi told reporters, “I don’t think that there should be any debates.”

She explained she did not think “the president of the United States has comported himself in a way that anybody should, and has any association with truth, evidence, data, and facts,” and as a result, any debate with him would just be an “exercise in skullduggery” by Trump.

“I wouldn’t legitimize a conversation with him, nor a debate in terms of the presidency of the United States,” she said, though she acknowledged that the Biden campaign had a different view on the debates. Pelosi called Trumps’s conduct during his 2016 debates with Democratic nominee Hillary Clinton “disgraceful.”

Biden campaign spokesperson Andrew Bates said Biden would continue to take part in the debates. The campaign would “certainly agree with Speaker Pelosi on her view of the President’s behavior. But just as she has powerfully confronted that behavior in the Oval Office and the Cabinet Room, Joe Biden looks forward to doing the same on the debate stage.”

Asked later Thursday on MSNBC about Pelosi’s comments, Biden said “as long as the (Commission on Presidential Debates) continues down the straight and narrow as they have, I’m going to debate him.”

“I’m gonna be a fact-checker on the floor when I’m debating him,” he said.

“I don’t think that there should be any debates,” Pelosi said openly to reporters. “I do not think that the president of the United States has comported himself in a way that anybody has any association with truth, evidence, data and facts.”

Joe Biden's not going to leave his basement for the debates. We've set this out as a possibility for some time now, but this is a pretty clear indication he will remain in hiding until Election Day. Americans deserve better than #HidenBiden. https://t.co/0uyRfgG8Oo

Republican Chairwoman Ronna McDaniel said Biden had “no business being President” if he could not debate.

First it was The New York Times.

Democrats are terrified of letting Joe Biden out of the basement.

If Biden cannot debate, he has no business being President!!https://t.co/c9SxfWigao

The first presidential debate is scheduled for Sept. 29 at Case Western Reserve University and Cleveland Clinic in Cleveland, Ohio.

The Trump campaign had requested a fourth debate be added or for the third debate be moved up to address an expected surge in early voting, but the Commission on Presidential Debates denied the request.

Televised debates have been held in every presidential election since 1976, according to the Commission on Presidential Debates.