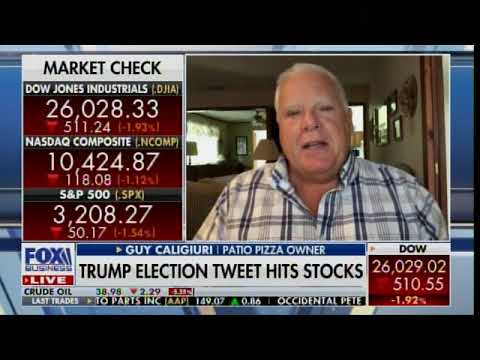 One of the “tenants” of the progressive left is “tolerance”. Well, it used to be a few decades ago.

I can remember after 9/11, in 2001, our country came together for several months, we were all Americans.

Since then, the Marxist influence in our education system, especially at the universities, has divided our country, maybe irreparably. 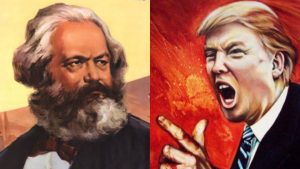 In addition, progressive ideology has been pushed through the Internet, cable television, and sex education, starting as early as kindergarten.

Fast forward to 2020. There are 2 – 45 plus aged generations of more conservative, family-focused Americans, and 2  younger generations of Internet raised, progressive post-modern citizens.

These 2 world views are incompatible, the question is which one will prevail over time.

A byproduct of the latter is the amalgamation of their ideology forming a Social Justice Warrior (SJW). This is what it looks like what an SJW takes action, not pretty at all.

Guy Caligiuri, the owner of Patio Pizza in St. James on Long Island, joined Stuart Varney on Thursday to tell how he was a victim of the intolerant leftist mob.

A radical leftist woman entered his restaurant last week to pick up an order and was stunned to see a Trump flag in the back of the restaurant. The intolerant and angry woman then promised to make life a living hell for the Trump-supporting owner. She launched a Facebook campaign to ruin the restaurant.

But Guy told Stuart Varney today that the attempted boycott failed and that locals are supporting his restaurant.

This is another good news story on how to stand up against the demons on the left.

A great ending to this story and I am so proud of these “Real” Americans, in world view and action, for taking a stand.

A stand for our traditions by supporting Mr. Caligiuri’s free speech rights and financially by driving a long distance to buy his Pizza.

President Trump weighed in on the issue, supporting Patio Pizza in a tweet.

If We The People would become the Counter Cancel Culture, these leftist loonies would stop benefiting from these attacks, and stop looking for businesses to target.