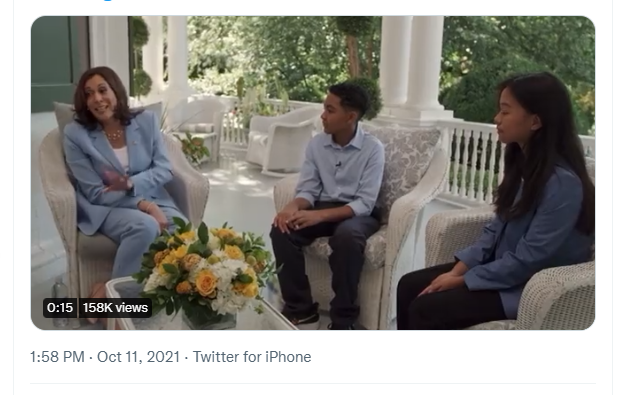 When Joe Biden offered Senator Kamala Harris (D-CA) the VP nomination last fall, many groans could be heard around the nation.

Harris has a terrible reputation in the Golden State following her corrupt years climbing the political ladder.

San Francisco District Attorney’s Office and later the City Attorney of San Francisco‘s office. In 2003, she was elected district attorney of San Francisco. She was elected Attorney General of California in 2010 and re-elected in 2014. Harris served as the junior United States senator from California from 2017 to 2021. Harris defeated Loretta Sanchez in the 2016 Senate election to become the second African American woman and the first South Asian American to serve in the United States Senate.

During the Democratic primaries, prior to Biden winning the nomination, Harris attacked Joe on the debate stage accusing him of being a racist.

The attack did not give her a boost leading her to drop out before the IA caucuses.

As a result, she is unpopular in both political parties.

The video, released last week, showed Harris talking to a group of children about her love of science, excitement over being able to see moon craters through a telescope, and the importance of having big dreams.

She was widely mocked for her mannerisms throughout the video, which showed her acting overly animated with wide-eyed enthusiasm as she talked with the children.

I love the idea of exploring the unknown. There's so much out there that we still have to learn. As the chair of the National Space Council, I'm eager to get our young people interested in STEM and space exploration. Watch “Get Curious” at https://t.co/d7UDjdh8NG pic.twitter.com/UYvZzsNgId

Following the release of the video, it was discovered that the children auditioned for the series when one child actor told a local news affiliate he submitted a monologue and was interviewed for his role.

A White House official tried to deflect the pressure off the VP by telling Fox News that Harris’ office did not select the children who appeared in the video.

Critics took to Twitter mocking Harris over the video, with some comparing it to the hit HBO show “Veep,” which depicts an incompetent vice president and her hapless political team.

Another disastrous attempt for the Harris team as they try to find a way to improve Harris’s approval numbers in an expected presidential run for a retiring Biden in 2024.

Their best efforts will fail too as Harris is unreliable, untrustworthy, and flat-out unlikeable.