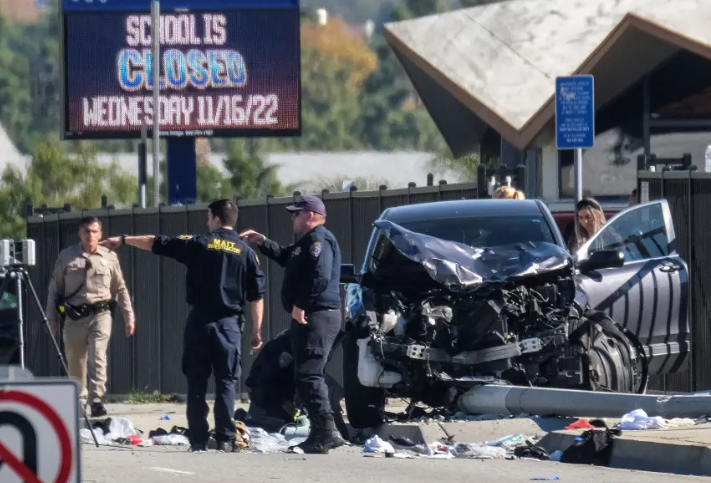 According to the LA County sheriff’s office, at least 25 of their recruits were injured, five critically, with some of the injured losing limbs.

The recruits were injured on Thursday after being struck by a vehicle in Los Angeles. The incident occurred as the recruits were participating in training, out for a morning run.

In what has become the norm in the lawless City of Los Angeles, the suspect Nicholas Joseph Gutierrez has already been released from jail.

Yes, before most of the people in the community heard that one of their fellow residents tried to run over Sheriff recruits, the driver is back on the street.

Gutierrez was released per California Penal Code 849(b)(1), which authorizes police to release arrestees from custody without first being arraigned if there are insufficient grounds to make a criminal complaint.

Because Investigators have much information to go through, trying to develop the case against Gutierrez, they could not finish within the 48 hours as required to legally hold a suspect in custody for more than without presenting the case to prosecutors, said Sgt. Gerardo Magos, an L.A. County Sheriff’s Department spokesperson.

Nicholas Joseph Gutierrez, who was charged with attempted murder of a peace officer, was released at 9:49 p.m. Thursday, according to jail records that cited an insufficient complaint, CNN reported.

“Due to the extreme complexity of the investigation, which includes ongoing interviews, video surveillance review, and additional evidence needed to be analyzed, homicide investigators have released Mr. Gutierrez from the Sheriff’s Department custody,” authorities said in a release.

“It’s not like they arrested the wrong suspect,” Mares told CNN. “They just want to make sure the investigation is going to be complete.”

The suspect’s initial arrest has been deemed a detention, according to the LA Times.

The case was expected to be presented to the DA’s office on Friday, but LA County Sheriff Alex Villanueva told NewsNation that the suspect would be “provisionally” released as investigators worked to build a stronger case.

“Right now, we want to tie up all the loose ends on the case and then present it to the DA,” he told the cable channel, adding that investigators had “developed probable cause to believe it was intentional.”

This story and others like it screams injustice and confirm the insanity of the state legislators working in Sacramento.

Only social justice activists would put in place a 48-hour limit for investigators to complete an investigation of an attempted mass killing, caught on video.

This lawlessness in addition to the out-of-control cost of living has for the first time in California history led to more people leaving, than moving to, the Golden State.