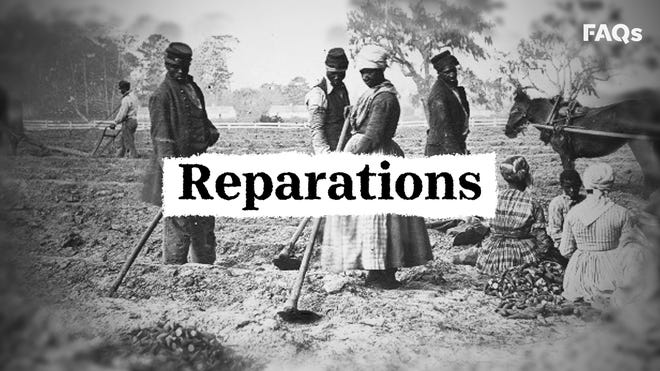 North Carolina, the Tarheel State, has been known for its traditional values and hospitality. Yet with the majority of people moving forward as the state has had an economic boom, the “higher” educated progressives are looking backward. Immigrants come to the USA from South Asia or Mexico, with very little, yet start businesses and make a way of life in our country. Ashville, NC just votes that Black Americans are not able to also succeed because of the fallout of slavery which ended in 1865.

Has the War on Poverty been a failure?  Well, of course, it has.  If you devote 50 years and $21.5 trillion (in 4Q2013 dollars) to anything, and people are arguing about whether it was a success or a failure, then you can be sure that it was a failure.

The stated goal of the War on Poverty, as enunciated by Lyndon Johnson on January 8, 1964, was, “…not only to relieve the symptom of poverty, but to cure it and, above all, to prevent it.”

Our government has spent over 21.5 Trillion dollars, over 57 years, to fight and lift people out of poverty, especially in minority communities. Affirmative action has been in place, in different states, for scholarships, job promotions, and hiring, and looks like is coming back to California, yet cities like Asheville, are acting as though there has been no investment to help “bridge the gap.”

ASHEVILLE, N.C. – In an extraordinary move, the Asheville City Council has apologized for the North Carolina city’s historic role in slavery, discrimination, and denial of basic liberties to Black residents and voted to provide reparations to them and their descendants.

“Hundreds of years of Black blood spilled that basically fills the cup we drink from today,” said Councilman Keith Young, one of two African American members of the body and the measure’s chief proponent.

“It is simply not enough to remove statutes. Black people in this country are dealing with issues that are systemic in nature.”

The unanimously passed resolution does not mandate direct payments. Instead, it will make investments in areas where Black residents face disparities.

“The resulting budgetary and programmatic priorities may include but not be limited to increasing minority homeownership and access to other affordable housing, increasing minority business ownership and career opportunities, strategies to grow equity and generational wealth, closing the gaps in health care, education, employment and pay, neighborhood safety and fairness within criminal justice,” the resolution reads.

The resolution calls on the city to create the Community Reparations Commission, inviting community groups and other local governments to join. It will be the commission’s job to make concrete recommendations for programs and resources to be used.

Councilwoman Sheneika Smith, who is Black, said the council had gotten emails from those “asking, ‘Why should we pay for what happened during slavery?'”

“(Slavery) is this institution that serves as the starting point for the building of the strong economic floor for white America, while attempting to keep Blacks subordinate forever to its progress,” Smith said.

There is not much left to say about this story. The bureaucracy is going to set up a committee, spending taxpayers’ dollars, to decide where to send more of the cities money, thinking they can make everyone equal economically through these investment “reparations.” All it will do is pad the pockets of the connected and leave the locals even more frustrated, which in certain areas of the country, is leading to violence against innocent white Americans.