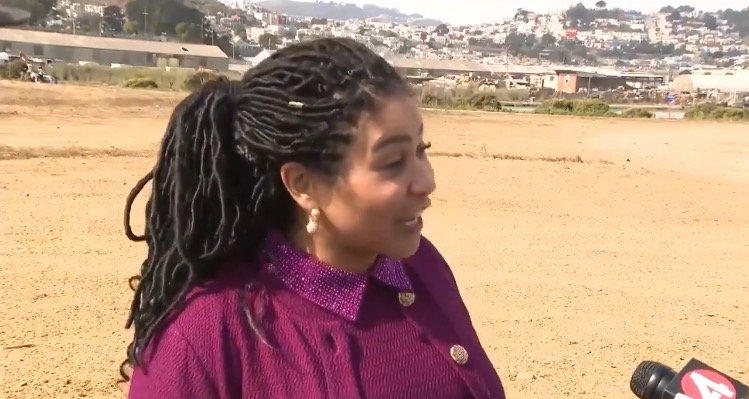 One of the most despised deflections those caught in hypocrisy throw out flippantly depending upon the level of their narcissist inducement.

San Francisco is replete with progressive politicians who demanded Americans wear masks, avoid social gatherings even if vaccinated, and now demanding children take the poke too.

First, we saw Speaker Nancy Pelosi get her hair done, in an otherwise closed SF salon, Governor Newsome caught on video at a high-end restaurant with a dozen friends/family with no masks, or social distancing and now we have San Francisco Mayor London Breed (D).

The mayor responded to criticisms to her night out partying, violating the city’s mask mandate, contending that people “don’t need to fun police” to “micromanage” what they should be doing.

Last week, Breed went to the city’s Black Cat nightclub and spoke to the San Francisco Chronicle’s Maricar Mendoza, who spotted her at the venue and observed that the Democrat mayor did not wear a face-covering throughout the night, despite her imposed local restrictions requiring “almost everyone” to wear a face-covering in indoor public spaces.

London Breed danced the night away with musicians and BLM co-founder Alicia Garza at San Francisco’s Black Cat nightclub in the Tenderloin.

I talked to @LondonBreed afterwards too. What a fun night!https://t.co/87nxpphbJF

When asked why she violated her Covid order and partied indoors without a mask on, London Breed said she was “feeling the spirit” and “wasn’t thinking about a mask.”

“I don’t know about you, but if you know who they [legendary Bay Area musicians] are, I don’t care where you’re sitting, you’re gonna get up and start dancing,” Mayor London Breed said when asked why she was partying indoors without a mask on in violation of her own Covid orders.

She continued, “I got up and started dancing because I was feeling the spirit and I wasn’t thinking about a mask. I was thinking about having a good time and in the process I was following the health orders.”

“This is nitpicking,” the Mayor said.

Hypocrisy is nauseating to us, but to those on the left, in the spirit of Saul Alinsky, they happily tolerate the narcissists as long as they are working towards the end of all their collective efforts – Marxism.

Part-time President Biden Shows Up For Work After Spending Long Weekend At Beach Home
I Knew It! Six Foot Social Distancing Rule Was ‘Arbitrary … Nobody Knows Where It Came From