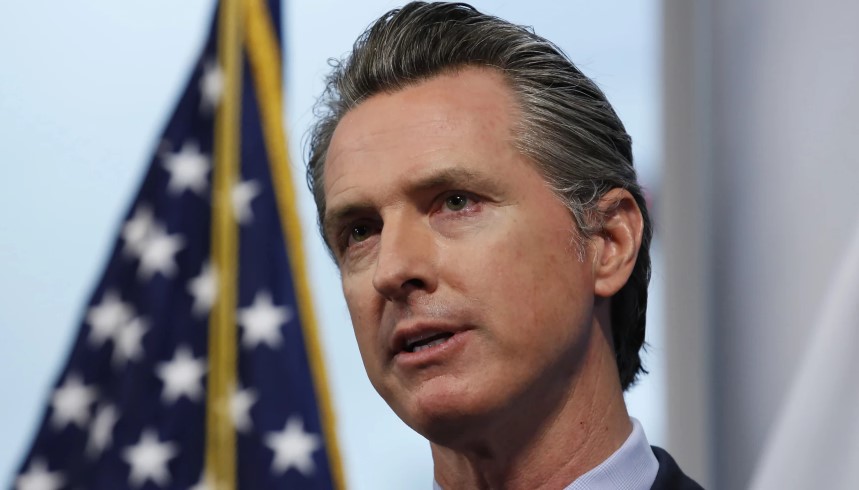 As someone who moved to California from the midwest, in 1988, it has been very disturbing watching the moral decline of the Golden State, which actually went for Republican President Ronald Regan in 1984.

California Gov. Gavin Newsom (D) signed a dozen more extreme pro-abortion bills on Tuesday, including several aimed at protecting “abortion care” for women traveling from out-of-state to seek abortions in California, where it will remain legal up to birth.

The potential 2024 presidential candidate has been working to boost abortion services in the state following the Supreme Court’s decision in the Dobbs v. Jackson Women’s Health Center to overturn the Roe v. Wade precedent that created a constitutional right to abortion.

In very aggressive steps, Newsom has established a one-stop-shop website for abortion in the state and is actually paying for abortion tourism advertisements in Republican-governed states that have enacted recent abortion restrictions.

Pure Evil – Adding God's Words to your death marketing confirms you have a dark and lost soul.

The new laws are meant to protect patients and doctors by giving them more privacy protections and making sure they can’t be sued or prosecuted for low-income patients’ travel costs, KION reported.

“An alarming number of states continue to outlaw abortion and criminalize women, and it’s more important than ever to fight like hell for those who need these essential services,” Newsom said in a news release.

“Our legislature has been on the frontlines of this fight, and no other legislative body in the country is doing more to protect these fundamental rights — I’m proud to stand with them again and sign these critical bills into law,” he added.

Most abortions are now illegal in 13 states, and others — including Texas, Oklahoma and Idaho — allow people to sue anyone who performs or aids in an abortion. Meanwhile, Democratic-led states like California, New York and Connecticut have been writing and passing laws to make it easier to get an abortion, with California promoting its abortion services on a state-funded website designed in part to reach women who live in other states.

Conflicts seem inevitable as more people travel for abortions in the coming years, especially with California and Oregon prepared to spend millions of taxpayer dollars to help pay for things like travel, lodging and child care. On Tuesday, Newsom signed a number of laws meant to thwart investigations from other states seeking to prosecute or penalize abortion providers and volunteers in California.

The laws block out-of-state subpoenas, empowering the state insurance commissioner to punish health insurance companies that divulge information about abortions to out-of-state entities. They ban police departments and corporations from cooperating with out-of-state investigations regarding abortions that are legally obtained in California. And they shield prison inmates from other states’ anti-abortion laws.

It’s not just California. Democratic governors in Colorado, North Carolina, Minnesota, New Mexico, Nevada, Washington, Rhode Island and Maine have all signed executive orders aiming to protect abortion providers and volunteers. Connecticut was the first state to pass a law protecting abortion providers and others, signed in May even before the U.S. Supreme Court overturned Roe v. Wade.

Newsome’s actions are providing more incentives for those who are trying to escape the former great state of California.