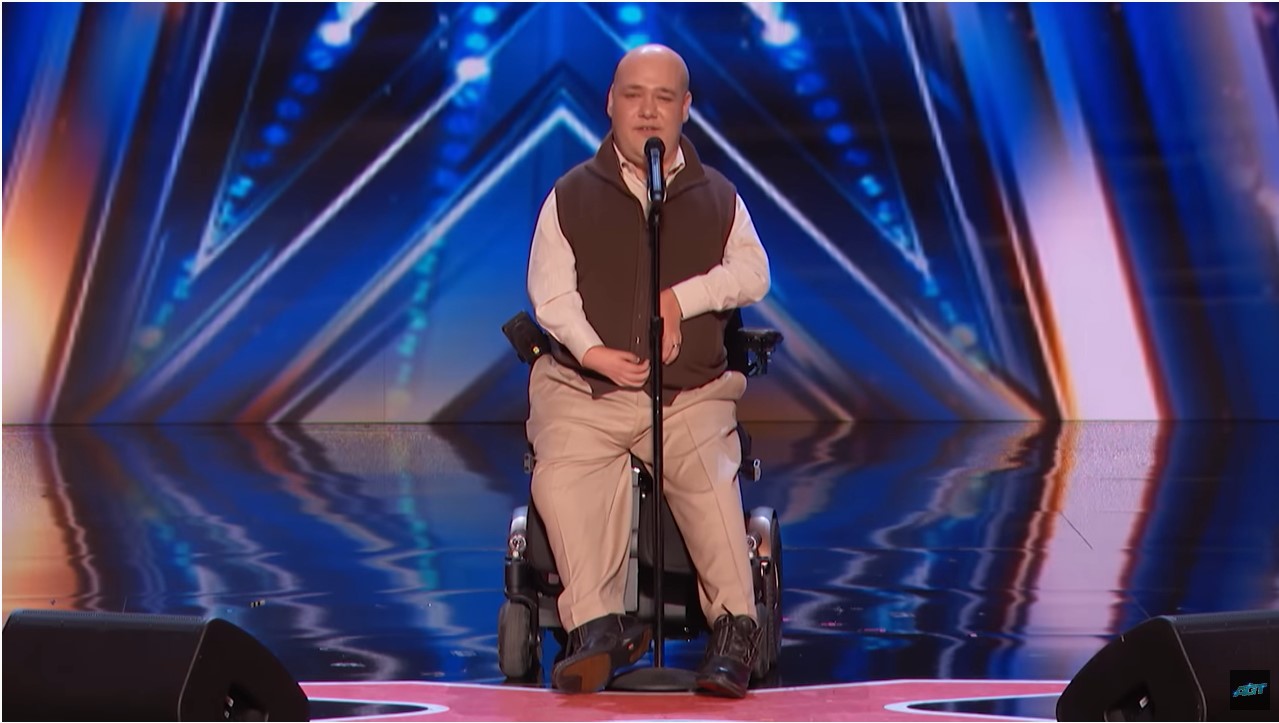 Beginning with the fall of Adam and Eve, sin has been a thorn in the flesh of every person who has ever lived.

In the midst of the world’s now fallen state, some people are born with or develop physical conditions that can cause us to question Why?

When Jesus was asked about the subject, his reply was recorded in John 9:2-4.

“His disciples asked him, “Rabbi, who sinned, this man or his parents, that he was born blind?”

“Neither this man nor his parents sinned,” said Jesus, “but this happened so that the works of God might be displayed in him. 4 As long as it is day, we must do the works of him who sent me. Night is coming, when no one can work.

America’s Got Talent judge Sofia Vergara was left with tears in her eyes following an inspiring performance on the talent competition show by 33-year-old Nashville-based Gospel singer Ben Waites.

During Tuesday’s airing of AGT, Waites performed a rendition of Cyndi Lauper’s “True Colors,” a song Waites – a Southern Gospel singer and vocal coach – says is about hope.

“The message of the song, I feel, is able to speak to people no matter their age, their race, their background. It’s able to communicate a message of hope,” Waites – who was born with a condition called Arthrogryposis Multiplex Congenita (AMC) – told the judges.

According to Johns Hopkins; AMC is a condition that causes “multiple joint contractures (or stiffness),”

Following his performance, Waites was met by cheers and a standing ovation from the crowd. All three judges – Vergara, Heidi Klum, and Simon Cowell – also rose to their feet to clap for Waites.

“I mean, you know, you do have so many emotions, and I was feeling them too, but I’m looking at Sofia. Sofia is bawling her eyes out right now,” Klum said to kick off the commentary on Waites’ performance.

“And Sofia does not cry,” Cowell added.

Vergara herself then noted how powerful the performance was.

“I loved it because, you know, it’s a beautiful song, but you made it yours, and it was special. It was different,” Vergara said.

Klum and Cowell then noted that they enjoyed the performance, with Cowell even calling it a “great audition.” He added, “this is a moment.”

The judges then voted on whether Waites should continue in the competition. Waites got three yeses.

Earlier this week, Waites talked with The Baptist Press about his AGT journey calling his progress on the show “a God thing.”

Waites had auditioned for AGT while attending college but was not selected. But in God’s perfect timing, a viral TikTok video of him performing prompted the show’s producers to ask him to audition for the show.

“It had not even crossed my mind since my college days to do something like this, but God’s going to use this, and I didn’t need to pass up this opportunity,” Waites said.

“Everything that I’ve done my entire career has been so heavily oriented in serving Christ and showing the love of God to as many people as I can. I looked at this as an opportunity of reaching a lot of people that I probably couldn’t have on my own,” he added.

“I’m carrying a lot of weight on my shoulders over it, not in the sense of being overly nervous or caring about winning. That stuff doesn’t matter to me. What I’m more concerned about is appropriately and effectively showing the Gospel of Christ through this opportunity. It’s very important that I get that message across.”