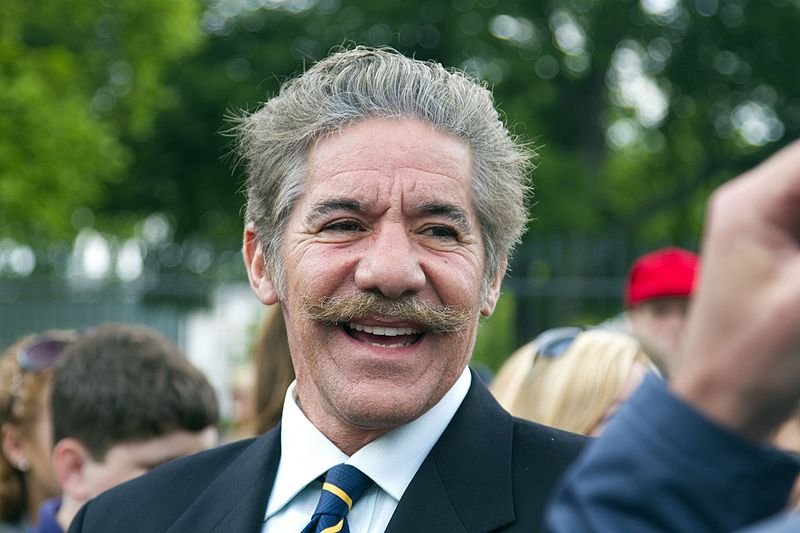 In the very diverse nation of the United States of America, with a population of close to 340M citizens, abortion is one of the few topics that is pretty much guaranteed to stir up emotions from the poorest neighborhoods to the elitists in the capital of our nation.

When the topic hits the main media outlets like Fox News, those given the job to cover the story are professionally expected to control their emotions. If not their pride and pressure of defending their pro-life or pro-choice position in front of millions of viewers can get the best of them.

During a discussion on Fox News’ daytime show, The Five, co-host Geraldo Rivera called fellow host Greg Gutfeld “arrogant” and “you insulting punk” following a roundtable discussion of the issue.

The dispute was preceded by several minutes of discussion about abortion rights in the wake of the Supreme Court draft majority opinion leak that would overturn Roe v. Wade.

The discussion got heated almost immediately when Rivera abandoned any semblance of non-partiality by claiming that the three conservative justices that were nominated by former President Donald Trump — Neil Gorsuch, Brett Kavanaugh, and Amy Coney Barrett — lied to the Senators during their confirmation hearing.

“What this shows is that the Senate confirmation process by which a nominee is interrogated by both parties and give their reasons why they are fit to be on the high court, is absolutely, deeply flawed,” Rivera claimed.

“Why? Because these nominees lied. They go before the Senate of the United States, they swear that they are going to be judicious and good, you know, shepherds of the court and its impartiality in the importance it has in the American society, and that the stare decisis that the precedent of these cases is well established,” Rivera added.

“And then they turn around the minute they get in the high court, they make a decision that is so dramatically opposed to what they said during the confirmation hearing’. Shame on them. Shame on Gorsuch. Shame on Coney Barrett. Shame on Kavanaugh. They knew … that they were going to vote to reverse or overthrow Roe v. Wade. They knew it and they lied about it.” Rivera continued.

“If you ask somebody why they’re pro-life, they will say, because abortion takes a life and we believe life is sacred. You can disagree with that,” he said. “But the problem with the pro-choicers is that they don’t have the balls to state their case plainly.”

“What am I going to tell my daughters now?” Rivera asked. “That they don’t have control over their body? That they can’t make those choices for themselves?”

Gutfeld could not hold back his response at this point, “pro-lifers win because they can state their case.”

“This is why pro-lifers win,” Gutfeld said. “Because they can state their case so plainly. You ask somebody why they’re pro-life, they will say, ‘Because abortion takes a life and we believe life is sacred.’”

“Just say, like, I prefer freedom over fetuses,” added Gutfeld

“My body, my choice. How much simpler can you get?” Rivera interrupted, and the gloves came off.

“Let me finish,” Gutfeld said. “You already did your ad hominem.”

“Ad hominem? It was not,” Rivera said.

“You insulted a few people there,” Gutfeld said.

He said the mindset of pro-abortion forces now is that abortion is “something to celebrate, to cherish.”

“I’ll give you evidence,” Gutfeld responded.

“Cherish the wire hanger stuck up their privates trying to get –,” Rivera said.

“The unborn child becomes,” Gutfeld said before each of them talked over the other until Gutfeld said, “This is exactly what I expected.”

“You are arrogant,” Rivera fired off.

“Go for it, Geraldo. Come on, keep going. You’re making a fool of yourself,” Gutfeld said in response.

“You know something, you insulting punk?” Rivera said.

“Hah! Oh, am I your new Bongino?” Gutfeld jokingly responded, referring to host Dan Bongino, with whom Rivera regularly argues.

“If you want that role,” Rivera said.

Fox News viewers thrashed Rivera on Twitter after the altercation.