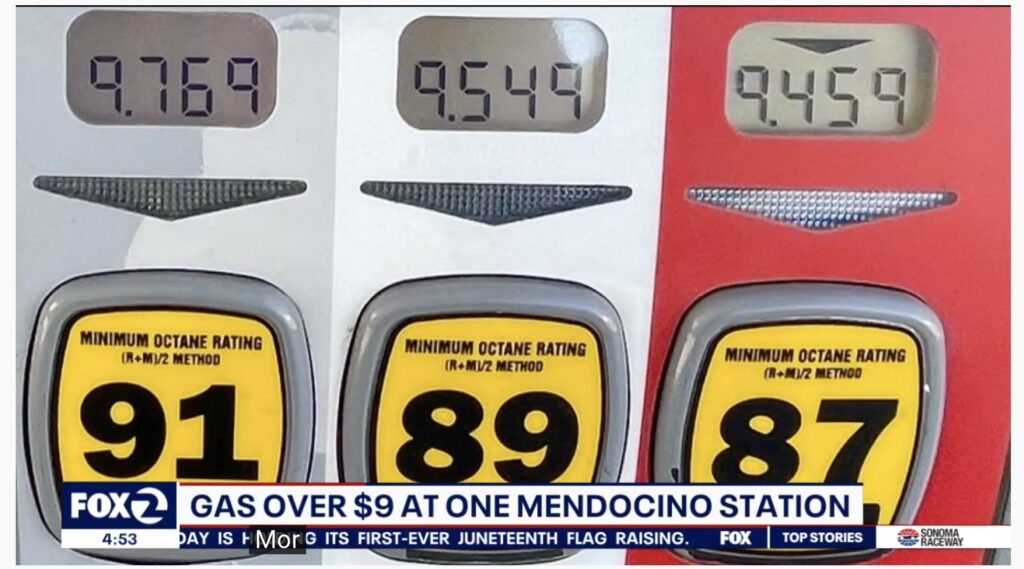 On October 17th, 2021,  An analysis by the Joint Committee on taxation confirmed that Biden’s crippling tax hikes had violated the President’s campaign pledge to not raise taxes on the Middle Class.

The most obvious and intentional destructive policy of the Biden administration is their attempt to force Americans to stop using fossil fuels.

By killing the XL Keystone Pipeline on day one of his administration, Joe Biden made it clear he was going to choke-out opportunities for producers to access oil and gas to be refined.

As a result, every American citizen is experiencing a double-digit tax increase, via skyrocketing gasoline costs for their vehicles. In addition, the extra fuel costs and regulations are causing raw materials to be more expensive to make, and transport.  This is why the real inflation number is closer to 11% compared to the same time period late year.

In what should make every non-tree-hugging person who voted for Biden cringe, the average cost of a gallon of gasoline has now more than doubled since the day Basement Biden took office on January 21, 2021.

On Saturday, AAA reported that the average price of a gallon of gasoline was $4.819. On the day that Biden was inaugurated, gas cost motorists just $2.393 per gallon on average.

“Joe Biden’s war on American energy has forced families across the country to empty their wallets to fill their tanks,” Republican National Committee chairwoman Ronna McDaniel said in an email to The Daily Wire. “Unfortunately, Biden is doubling-down on his disastrous agenda because he’s not the one paying the price – the American people are.”

On Wednesday, Biden suggested the high cost of gasoline is here to stay for quite some time, as he lamented to reporters that it is “not likely” he can simply “click a switch” to bring down prices.

Biden made his remarks regarding gasoline from the White House-crafted fake Oval Office set — which he reportedly uses so that he can stay on a script from a teleprompter.

“There’s a lot going on right now, but the idea we’re gonna be able to, you know, click a switch, bring down the cost of gasoline is not likely in the near term, nor is it with regard to food,” Biden said at the time.

BIDEN: "The idea we're gonna be able to, you know, click a switch, bring down the cost of gasoline is not likely in the near term." pic.twitter.com/lXNtUZzzbs

Biden has previously pushed the zero-emissions, Green New Deal line that the high cost of gasoline eventually will be beneficial to Americans.

“Here’s the situation,” Biden said in May when asked directly about the “enormously high” cost of gas. “And when it comes to the gas prices, we’re going through an incredible transition that is taking place that, God willing, when it’s over, we’ll be stronger and the world will be stronger and less reliant on fossil fuels when this is over.”

The New York Post flagged called out Biden for still trying to blame for the high cost of gas on Russian President Vladimir Putin’s invasion of Ukraine.

“The two challenges on the minds of most working families are prices at the pump and prices at the grocery store. Both of these challenges have been directly exacerbated by Putin’s war in Ukraine,” Biden lamented.

“The price of gas is up $1.40 since the beginning of the year when Putin began amassing troops at the Ukrainian border,” the president added.

“This is a Putin price hike. Putin’s war has raised the price of food because Ukraine and Russia are two of the world’s major breadbaskets for wheat and corn,” he also said.

The reality is, the cost of gasoline was rising well before Putin invaded Ukraine and has not stopped.

The Biden administration’s radical environmental and anti-drilling policies continue to drive the prices up, crippling millions of American families.

Before this last surge, the estimated cost of gasoline per family had already increased an extra $2,000 a year, up to $5,000.