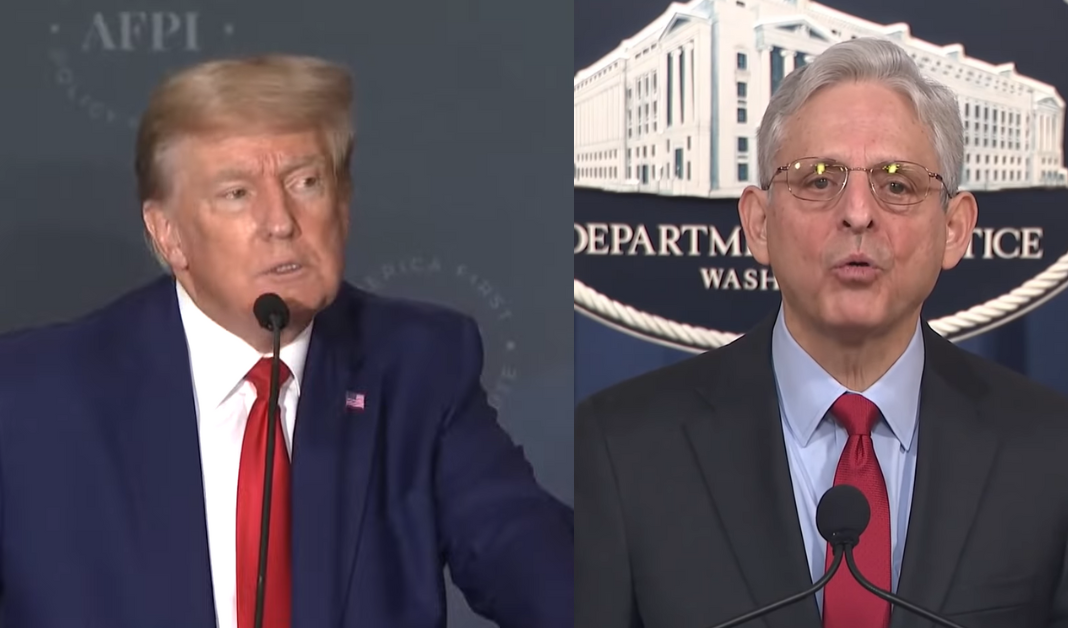 During the run-up to and during the January 6th witch hunt hearings, the Department of Justice originally appeared to be focusing primarily on prosecuting American patriots for protesting the 2020 election results.

In June though they started to shift towards Trump.

That visit, the Journal adds, was cordial, with Trump himself telling agents: “I appreciate the job you’re doing. Anything you need, let us know.”

Days later, the officials followed up with Trump’s attorneys, with instructions to install a stronger lock on the storage room door and to preserve the documents within.

John Eastman was exiting a restaurant with his wife and friend in New Mexico when FBI agents ambushed him and “forced” him to unlock his phone.

Well so much for not interfering in elections 90 days out.

Now Justice Department officials have seized the phones of two top advisers to former President Donald J. Trump and blanketed his aides with about 40 subpoenas in a substantial escalation of the investigation into what they believe was his efforts to subvert the 2020 election. – The New York Times reported last week.

The seizure of the phones, coupled with a widening effort to obtain information from those around Mr. Trump after the 2020 election, represent some of the most aggressive steps the department has taken thus far in its criminal investigation into the actions that led to the Jan. 6, 2021, election protests at the Capitol by pro-Trump supporters.

Among the recipients of subpoenas from a grand jury sitting in Washington include Trump’s top advisors Stephen Miller, Brian Jack, and Dan Scavino.

Scavino, Mr. Trump’s former social media director is a success story as someone who rose from working at a Trump-owned golf course to one of his most loyal aides and has remained an adviser after Mr. Trump left office.

The subpoenas requested information concerning the Save America PAC, the main political fund-raising conduit for Mr. Trump since he left office.

The Justice Department also executed search warrants to seize electronic devices from people involved in the so-called fake electors effort in swing states, including Mr. Epshteyn, a longtime Trump adviser, and Mr. Roman, a campaign strategist, according to people familiar with the events.

Mr. Epshteyn and Mr. Roman have been linked to a critical element of Mr. Trump’s bid to hold onto power: the effort to name slates of electors pledged to Mr. Trump from swing states won awarded to Biden in 2020 as part of a plan to block or delay congressional certification of Biden’s Electoral College victory.

Federal agents made the seizures last week, the Times reported.