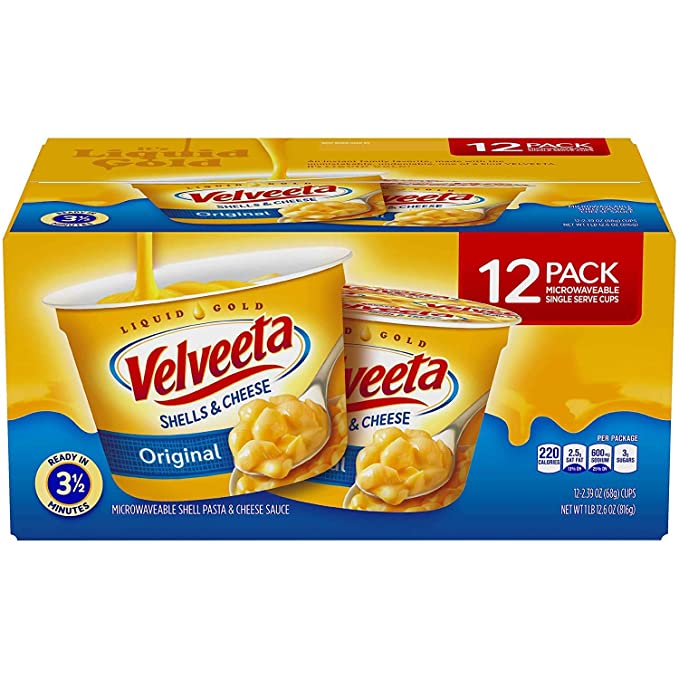 The judicial system in many parts of the United States crawls along with dockets backed up due to frivolous lawsuits.

Even though the issue could be resolved by requiring plaintiffs who lose in civil cases to pay for the legal costs incurred by the defendants, things instead dysfunctionally remain the same, leading to more crazy lawsuits being filed.

For example, a Florida woman is suing Kraft Heinz Foods Company claiming a cup of microwavable macaroni and cheese took longer than 3.5 minutes to be fully ready for consumption.

In a class-action lawsuit filed on Nov. 18 in the U.S. District Court in Miami, Ramirez accuses Kraft Heinz of false advertising because her 2.39-ounce cup of Velveeta Shells & Cheese was not “ready in 3½ minutes” as its packaging claimed it would be, the South Florida Sun-Sentinel reported.

The plaintiff, Amanda Ramirez, claims the company is falsely leading consumers to believe their product will be ready for consumption 3.5 minutes after the package is opened.

Preparation, however, requires removing the lid, adding water, and stirring in the cheese pouch — on top of the 3.5-minute cook time.

“Consumers seeing ‘ready in 3½ minutes’ will believe it represents the total amount of time it takes to prepare the Product, meaning from the moment it is unopened to the moment it is ready for consumption,” the lawsuit states

The lawsuit adds an anti-capitalism complaint by saying Kraft Heinz “sold more of the Product and at higher prices than it would have in the absence of this misconduct, resulting in additional profits at the expense of consumers.”

The lawsuit also actually claims that Ramirez would not have purchased the product “had she known the truth” about its preparation time.

But she will purchase it in the future when “its representations are consistent with its abilities, attributes, and/or composition.”

The lawsuit seeks a jury trial and at least $5 million in damages, “including statutory and punitive damages, exclusive of interest and costs.”

The company denounced the “frivolous lawsuit” and said it “will strongly defend against the allegations in the complaint,” the Washington Post reported.

Meanwhile, one of the lawyers serving Ramirez defended taking on the case.

“Here, Kraft charges extra for a desirable feature (saving time) but the marketing is false, it takes far longer for the product to be ready than as advertised. Deceptive advertising plain and simple,” Wright added.