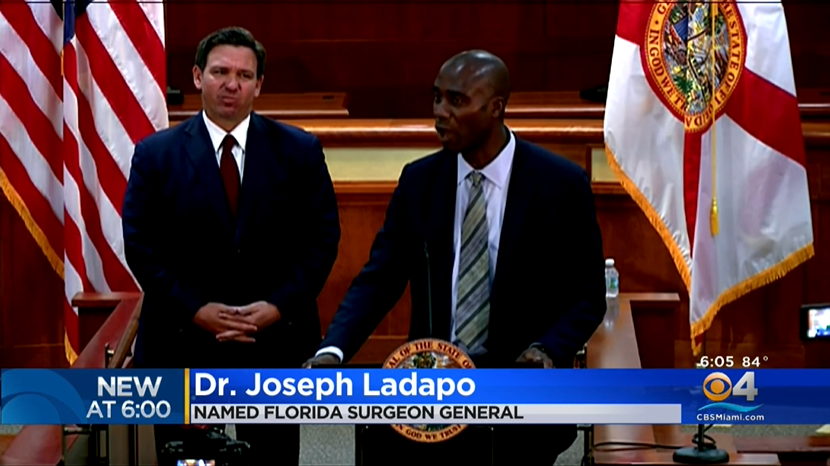 The United States of America has actually been divided for a few decades.

During the COVID draconian shutdown, progressive governors have been featured in the main news cycle and a majority of all the states have marched in step with the CDC and Dr. Fauci’s directives.

As with other collective mob movements, when anyone pops up out of the fray to say enough is enough, the mob turns their groups’ energy against them.

Governor Ron DeSantis (R-FL) has been the thorn in the flesh of the COVID Gestapo.

He has been targeted by the left as the federal government has fought Desantis trying to exceed its Constitutional authority demanding Floridians comply with their mandates.

TRENDING: MyPillow is now offering up to 66% Off  On Their Over 100 Quality Products.

On Tuesday, Gov. Ron DeSantis announced Dr. Joseph Ladapo as the new Florida Surgeon General and Secretary of the state’s Department of Health.

“He comes to Florida with really a superb background, bringing superb intellect but also I think will bring great leadership,” says Gov. DeSantis.

Dr. Joseph Ladapo, the new Surgeon General and Secretary of the Department of Health for the state of Florida denounced coronavirus hysteria on Tuesday, alleging it uses fear to rob people of their personal autonomy.

According to CBS Miami, Ladopo will “play a key role with the state’s lead agency in battling the pandemic”:

Dr. Ladapo has already been outspoken about the nation’s response to the pandemic in multiple op-ed articles in the Wall Street Journal.

Dr. Lapado was recently given a professorship at the University of Florida’s College of Medicine.

Before UF, he spent time on the west coast as an Associate Professor at UCLA where he cared for folks in the hospital.

Dr. Ladapo says that the Sunshine State will completely reject fear as a way of making policies in public health.

After stepping up to the podium, Ladopo declared that the Sunshine State is “done with fear.” 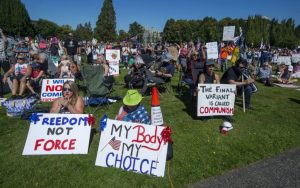 “We’re done with fear. It’s been something that’s been, unfortunately, a centerpiece of health policy in the United States ever since the beginning of the pandemic, and it’s over here — expiration date is done,” he said. “It’s been treated almost like a religion, and that’s just senseless. There are lots of good pathways to health; vaccination is not the only one,” said Ladapo. “We support measures for good health, vaccination, losing weight, eating more fruits and vegetables.”

“We need to respect human rights,” Ladapo later asserted. “People do have autonomy over their lives. It’s not OK, it’s not virtuous, and it’s not right to just take away those rights from individuals.”

Another great decision by a governor who has chosen to fight, in line with the Constitution as his justification.

Failing DHS Chief Mayorkas Brags: ‘We Have Rescinded So Many Trump Immigration Policies’
Grassroots Group Uncovers 23,000 Votes with Same Phone Number and 8,000 Voters Registered in 1918 All In One County in Wisconsin