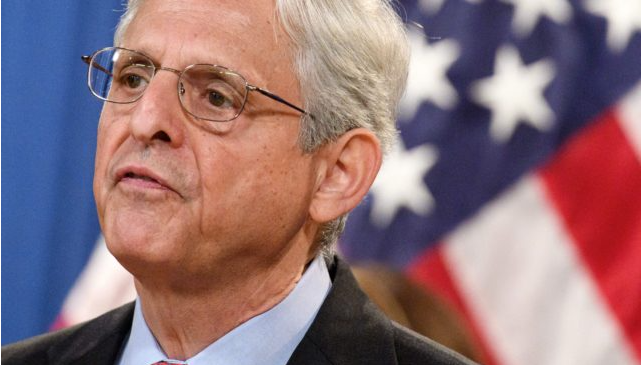 Most of us can remember being taught the Bill Of Rights in our early years.

The first amendment was one of the defining differences between us and the other nations around the world.

“Congress shall make no law respecting an establishment of religion, or prohibiting the free exercise thereof; or abridging the freedom of speech, or of the press; or the right of the people peaceably to assemble, and to petition the Government for a redress of grievances.”

In spite of the recorded speeches proclaiming liberty and the straightforward reading of our founding documents, the future of our nation is at a crossroads, where we go must be determined soon.

Over the past 100 years, Marxists have been able to creep into our political and educational systems misrepresenting the principles of our nation and training up the future generations to call for the deconstruction of our Constitutional Republic.

On Monday, U.S. Attorney General asked the FBI and federal prosecutors to meet with law enforcement at all levels to address “threats” against teachers and school staff.

Last night Biden’s corrupt Attorney General instructed his political and corrupt FBI to go after concerned American parents who speak out against the racist critical race theory or the deadly COVID mandates in schools.

At his confirmation hearing, Merrick Garland promised not to follow the Obama model of weaponizing DOJ to target & persecute his political opponents.

As with the draconian COVID directives put forward by the Biden administration, those which threatened the liberties of the citizens in Florida were nipped in the bud by their tenacious governor.

Big Announcement: MYPILLOW SLASHES PRICES, UP TO 66% OFF – WITH PROMO CODE “FTR”

While Garland spoke about “threats,” he didn’t identify any threats or concerns which would qualify as federal criminal action requiring such interference in the parents’ rights to express themselves. Indeed, the announcement seemed like an effort to basically chill their rights to speak. Normally, if there was any actual “threat,” it would come within the purview of local law enforcement. There’s no requirement to make what would already be illegal more illegal. So what actually are they saying here? What’s actually happening with this edict from the Biden Administration?

Florida Gov. Ron DeSantis, who has championed the rights of parents to speak on behalf of their own children — something that should be self-evident and unquestionable — threw down the gauntlet, speaking out against this troubling announcement from Garland.

Attorney General Garland is weaponizing the DOJ by using the FBI to pursue concerned parents and silence them through intimidation.

Florida will defend the free speech rights of its citizens and will not allow federal agents to squelch dissent.

Those living in the Sunshine State are very blessed to have a governor who still fights for the people, not for power from the elite in DC.