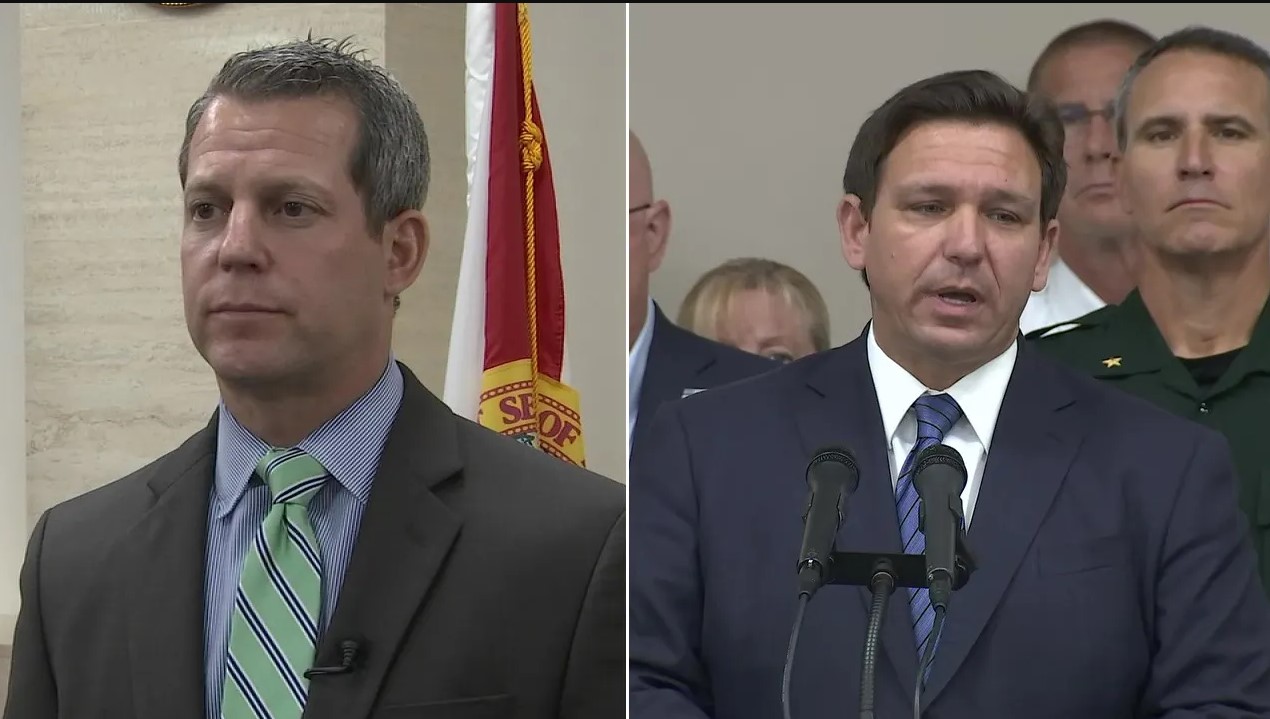 In what makes sense on paper, the application of prosecutorial discretion is not working out as advertised.

Legal experts say that local prosecutors have the power to pick and choose what laws to enforce and cases to charge, which is why the radical globalist George Soros has directed his shell groups, non-profits, to invest millions of dollars in supporting leftists running for judicial office.

But the experts also agree that the Governor or Attorney General of a state could step in and take those cases away and pursue them.

Florida Governor Ron DeSantis’ office announced on Wednesday that a big decision by the governor would be coming out the following day.

“This isn’t about abortion or any one thing, it’s about having accountability to our system of law and order to prosecute crime. There has been a pattern developing in Hillsborough County where one person picks and chooses which laws he wishes to enforce,” his office stated.

On Thursday, the popular Republican Florida Gov. Ron DeSantis followed through and announced that he has suspended the liberal State Attorney Andrew Warren.

Why was this action necessary? As the State Attorney in Hillsborough County, Warren had pledged and has followed through by not pressing charges against those receiving an abortion or their doctors.

This comes in the wake of Roe v. Wade being overturned by the Supreme Court, sending abortion back down to the states. Some of the more radical liberals in conservative-led states are trying to fight to maintain abortion anyway, and are even willing to break the law in their attempts.

“Not criminalizing a decision that mothers make with her families with her doctors enforcing arbitrary bans on abortion enforcing a law that doesn’t actually promote public safety is something that prosecutors should not be doing,” said Warren.

Warren said his focus is on the prosecution of what HE subjectively deems as “real” crimes.

DeSantis made the announcement during a Thursday press conference broadcast on social media.

DeSantis argued that Warren has repeatedly refused to enforce laws passed by the legislature cracking down on child sex change surgeries and abortion restrictions.

Prosecutors have a duty to enforce the law, not pick and choose which laws they agree with.

The State Attorney for the 13th Judicial Circuit, Andrew Warren, has instituted nonenforcement policies and has declared that he will refuse to enforce laws he doesn’t like. pic.twitter.com/EbSbCRrLHa

“We are suspending Soros-backed 13th circuit state attorney Andrew Warren for neglecting his duties as he pledges not to uphold the laws of the state,” DeSantis’ office said in a statement. The 13th circuit falls over Florida’s Hillsborough County.

“The constitution of Florida has vested the veto power in the governor, not in state attorneys,” DeSantis said. “We are not going to allow this pathogen of ignoring the law to get a foothold in the state of Florida.”

Officials said Warren has repeatedly tried to install himself as an adjudicator of what laws will and will not be enforced.

I had to throw in my support for DeSantis’ decision to suspend the rogue attorney.

In what is starting to sound like an old record that has a scratch on it, making it play the same song over and over again, DeSantis is making frequent, well-thought-out decisions for his state.

Unfortunuality Ron’s aggressive leadership is the exception, not the rule, for the Chief Executive Officers in the United States fighting for law and order, and for the Constitutional rights of all Floridians.

Yes, there are other effective Republican governors in the Red States, they just need to turn up their activity levels to DeSantis’s.

Whoopi Goldberg Lies About Clarence Thomas Even After Her Fellow Liberals Told her She Was Wrong
Buttigieg: “I’m Still Astonished That Some Folks Struggle To Let Go” Of Fossil Fuels