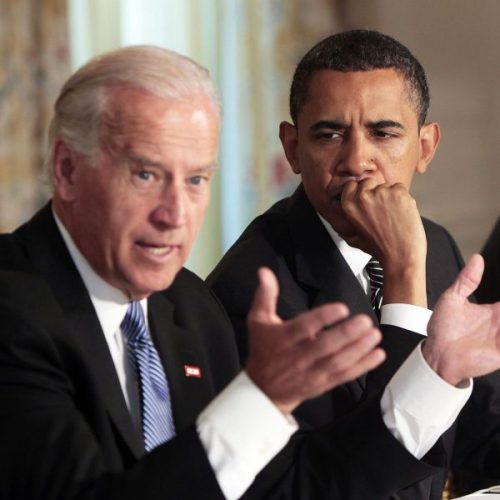 Right after Joe Biden was sworn in as the 46th President of the United States, a flurry of Executive Orders, communications with nations involved in the Parris Accord, Iran, and the United Nations started pouring out the White House daily.  When looking at the list, they closely resemble the actions former President Barack Obama worked for during his 2 terms.

In November 2020, Obama “joked” how would like a third term, and laid out the scenario. He would like a placeholder in the office in which he could speak to them via a microphone, and they could do his bidding.

It appears Joe Biden fit the bill perfectly, and the joke is now on We The People.

Look how Joe/Obama did the first 100 days.

President Joe Biden signed a flurry of executive actions in his first 100 days in office, primarily aimed at curbing the coronavirus pandemic and dismantling many of former President Donald Trump’s policies.

In his first 100 days in office, Biden signed more than 60 executive actions, 24 of which are direct reversals of Trump’s policies.

Biden has defended the number as necessary to undo what he considers “bad policy” inherited from Trump, especially on immigration.

To date, 10 of his 12 actions on immigration are reversals of Trump’s policies.

Besides ineffectively serving as Obama’s VP, sleepy Joe has been in frequent communication with Obama during and especially during his 8 months in office.

Psaki, responding to a question from a reporter, said Biden and the former president “keep in regular touch” — but did not specify exactly how often the pair speak to one another, Fox News reported.

“They consult and talk about a range of issues and I would expect that continues through the course of President Biden’s presidency. That can be done over the phone it turns out, and I think if President Obama had been here, you would all know,” she said.

One topic of discussion between Biden and Obama will be the Affordable Care Act, according to Psaki.

Of course, we have to blame Joe Biden for his terrible decisions and failing presidency.

I am just curious how much should we contribute to Barak Obama too?